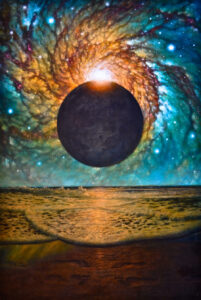 I’d like to also point out that the eclipse takes place just one degree from astrological Samhain, the midpoint between the Equinox and the Solstice known […]

Planetary news this week: The end of the Saturn/Uranus square 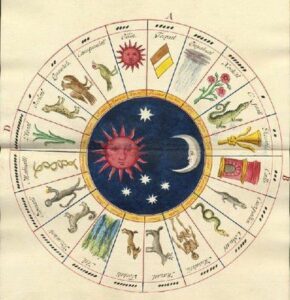 Saturn square Uranus: The final hurrah. We are in the final stages of the challenging square from Saturn (compression) to Uranus (rebellion) – the planetary cycle of 2021 which promoted so much civil unrest and overreaction. Although this is not an exact aspect (the two planets are 39 minutes of a degree apart and will begin to wane, we will likely continue to see the final stages of reactionary behavior well into November.

When two planets are in a square aspect to each other, there is conflict which, ideally, will lead to a resolution and eventual personal growth. But this can only occur when there is an attempt to understand the other’s point of view. In this case we have the co-rulers of Aquarius (Saturn the traditional ruler, Uranus the modern ruler) fighting over the fate of society (Aquarius). This is not an ideal planetary condition for an election, and there have been quite a few around the world since August while this aspect has been in effect.

Planetary squares can bring out extremes, but we can modulate their effect somewhat by finding a middle way – the “Mahayana” of Buddhism, the “path between.”

Mercury enters Libra. On Monday Mercury leaves the orderliness of Virgo for the diplomacy of Libra. For the next few weeks (until October 29) there is potential for greater ease in negotiations and seeing both sides of an issue so that a resolution can be achieved, something that we could really use under the Saturn/Uranus conflicting energies.

Here is what you need to know for the week ahead. Dates and times are for the Eastern time zone, please adjust for your locality.

Astrological news this week: Clarity to push through retrograde issues 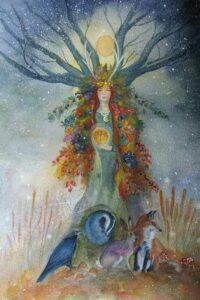 Fresh on the heels of the Libra New Moon (September 25, 4:34 pm EDT), we have a week full of positive energies to help navigate through any issues that we may be dealing with. The planets are always doing something, but this week we get a boost from harmonious alignments which provide support and ease us through challenges.

There is a dearth of the water element in the skies at the moment, with only Neptune carrying the influence of feeling and intuition, so we may find ourselves somewhat disconnected from our inner senses and focused more on the outer experience. We can counteract this by spending more time in quiet contemplation, tuning in to the sights and sounds of nature to soothe and calm any jangling of the nerves.

We do still have seven planets (including Chiron) in retrograde motion, and Mercury (mind) is at a virtual standstill as it prepares to turn direct next week. With so many planets retrograde it can feel like we are stuck, that it’s difficult to get anything off the ground. Patience furthers, as the IChing says, and if we stop to listen we will soon discover the solution to any problem.

We also have the challenging square between Saturn and Uranus at its tightest point since 2021 during the month of October: that conflict between the old way (Saturn) and the new (Uranus), the pressures of rebellion (Uranus) against conformity (Saturn) – expect to see all of these issues re-emerge for one last time.

Without a lot of big planetary interactions the faster moving planets and lunar energies become more evident. Here’s what else is […] 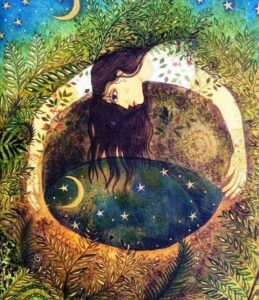 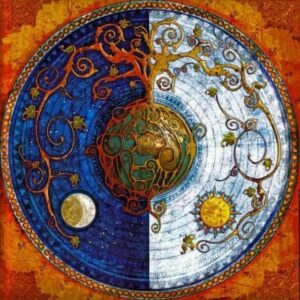