Saturn/Neptune through the houses

Usually articles that provide astrological information for each sign are using sun signs, which have very little accuracy. Some astrologers recommend that you read those forecasts using your ascendant or rising sign, which in fact WILL provide a more accurate look but still only takes into account one component of the chart, so I say just stay away from them.

Dharmaruci has taken a unique approach which now that I think of it, I wonder why we don’t use this for everything. It does require knowledge of your ascendant, and if you have your whole chart it will be more useful. If you don’t know what time you were born you won’t know your ascendant but it might be fun to look through his article to see where you might fit in. If you know your birth time and need a chart, go to astro.com to have your chart delineated for free.

Using the ascendant/descendant axis he has placed the Saturn/Neptune opposition in the different chart axes to come up with a summary of how the opposition has likely affected you. This is still not going to be exactly correct for everyone; if you have Gemini on the ascendant as I do you may not have Leo in the third house if your houses are of very unequal size. Still, it’s an interesting article so check it out!!

I don’t know if this falls under Saturn/Neptune (waking up from our illusions about the health of the planet) or the reclassification of Ceres which seems to be associated with a burgeoning concern for the health of the planet. But whatever astrological category it falls in, scientists have discovered that a five acre glacial lake in the Andes has disappeared since March, leaving only a 100 foot crater. Scientists are stumped as to the cause of the disappearance of the lake.

Perhaps it has gone with the honeybees.

Saturn Neptune and the Release of CIA Files

As Saturn and Neptune make their final opposition next week, the CIA will release records on its illegal activities that took place from the 1950s to the early 1970s, including illegal domestic spying on journalists and other civilians, “unwitting” drug experiments in mind control, and plots to assassinate foreign leaders. Gee, that all sounds eerily familiar, but the CIA claims it’s a different organization now.

The Saturn/Neptune cycle is closely associated with the revelation of secrets and scandals so this correlates nicely with the astrological imagery. 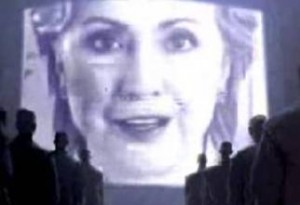 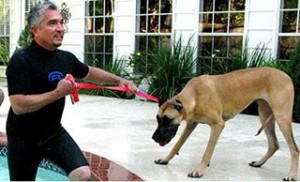 I’m a little behind on my tv viewing, and last night I watched part of a Dog Whisperer episode that I missed about Howie, the (adorable) rescue dog that lived at an animal hospital in Atlanta because he was “unadoptable.” Howie had been terribly abused before his rescue, and while his body had healed he was still terrified and growled whenever anyone new came near him. The ladies who cared for him were very protective of him and did all they could to keep him safe. He lived at the animal hospital for two years before Cesar Millan came to help Howie become adoptable.

When Cesar arrived, he found that Howie had been indoors for two years. Because of his abuse, his foster moms had been afraid to put a leash on him for fear it would bring back memories of the terrible times. They felt he had been through so much, and they just wanted to keep him safe and loved. Cesar always says that dogs live in the moment, and that if we keep living in the past and reinforcing that for them that they will never heal.

Chiron teaches us that our desire to heal others often stems from a wound within ourselves. In the highest form of this “Wounded Healer” archetype, we wait to heal others until we ourselves have been healed. Once we have walked into the fire and shadows of our own wounds and the energy held in the cellular memory has been released, we then experience the empathy to be able to help others heal. However, there is a shadow side to the Wounded Healer in which the wounds of the patient activate the wounds of a healing provider who […]