The second Aquarius Full Moon in 2021 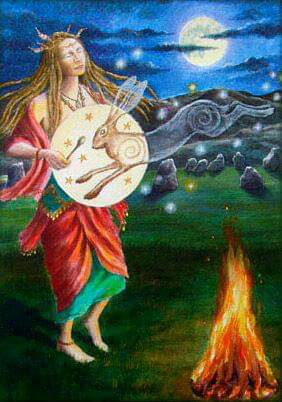 It is rare to have two Full Moons in one sign (sometimes called a Blue Moon, hence the expression “Once in a Blue Moon”).  Since the Full Moons occur approximately 28-29 degrees apart, this only happens when the first Full Moon is at the first degree of a sign, and the second at the last.  The Moon entered Aquarius on Friday and began the crescendo to the explosion of energies at the Full Moon, the exact opposition from the Sun in Leo to the Aquarius Moon, which occurs at 8 am EDT (noon UTC) August 22nd.  The emotional and sensitive Moon is not always that comfortable in Aquarius, the sign of the transpersonal and the detachment of science and reason, and the Leo archetype of brilliant self-expression is at odds here with the dispassion of Aquarius.

The 29th degree is a significant portal – the very last degree of a sign, there is a “do or die” component to this placement, almost a desperation or last gasp before the planet moves into the next sign. This is an important threshold between two experiences, and a need to complete the one before moving into another.  That’s why having two Full Moons in a row in the same sign is significant – it marks the early enthusiasm of the sign, followed by the frantic need to complete the cycle before moving into the next archetype like when we cram for a test before a final exam.

The energies of the Aquarius archetype are so potent right now:  there is a cold detachment to Aquarius under the traditional Saturn rulership, and a need to see from the perspective of airy detachment and observation rather than […]