The music of Dane Rudhyar 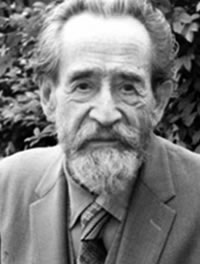 Many of my readers will recognize the  name Dane Rudhyar as the father of twentieth century”humanistic astrology” that led to the psychological astrology many of us practice today.  Rudhyar was the author of many astrology books and a noted Theosophist, but he was also an acclaimed painter, musician and composer.

Rudhyar’s musical talents are largely forgotten, but an event this week in California includes performances by pianist Sarah Cahill of some of Rudhyar’s compositions.  Cahill quoted Rudhyar: “The inspiration for the music stems from a sequence of psycho-spiritual states of consciousness, not from anything resembling physical movement. Music here is a nonverbal speech aiming at communicating or inciting inner experiences.”

The group hosting the event is called Other Minds, and it would be wonderful if a recording of this music could be made available to the public. 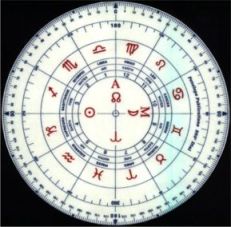 The Sabian Symbols were originally conceptualized in a partnership between astrologer Marc Edmund Jones and spiritual medium Elsie Wheeler in the early part of the 20th century, and published in a book by Jones called The Sabian Symbols in Astrology.  Channeled by Ms. Wheeler, there is one symbol for every degree of the zodiac, from the first degree of Aries to the 30th degree of Pisces. Jones was a Theosophist and therefore well acquainted with the concept of channeling Ascended Masters and the Babylonian Brotherhood.

According to Diana Roche, Marc Jones was also influenced by the symbolic astrological degrees of a Welsh seer named John Thomas (called Charubel) which were “obtained psychically for the basic purpose of helping him rectify the ascendents [sic] of horoscopes.”

Astrologer Lynda Hill, a noted modern expert on the Sabian Symbols, writes that the symbols were called “Sabian” because of the connection that Jones felt to the “ancient mind matrix ” of ancient Mesopotamia and that the Sabians were ancient alchemists. However, the website for the Sabian Assembly, the group started by Jones back in 1923, says:

The Sabian Assembly has been in continuous formal existence since October 17, 1923. Selection of the term, “Sabian,” formally adopted in January, 1928, proved fortuitous on a number of counts. “The students themselves picked the word Sabian, which was lucky because it afterward turned out that the Sabians were a Mohammedan group, and nobody knew just what they were. It is not a historically legitimate word for what we do, but it’s a good substitute, and it did represent people who were interested in what was then astrology. Later Jones would derive the word from the Hebrew phrase “Yahweh Sabaoth” or Lord of Hosts, referring to the Hosts as the […]