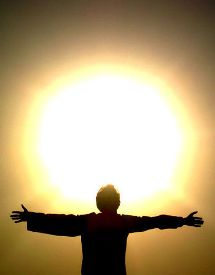 Uranus, the planet of innovation, change, social justice and radical new actions dipped its toes into Aries just long enough (at the zero degree point) to stir the pot of restlessness and dissatisfaction and now it is making a U-turn and heading back towards Pisces.

The zero degree point of Aries is the very beginning of the zodiac.  There is a sense of initiation and new beginnings here, and the casting off of old ways that are no longer useful.  Jupiter conjoined Uranus at this degree a few weeks ago (see this article, this one, and this one from my own experience) which really set things in motion, made even stronger by the powerful alignments that occurred at the Full Moon eclipse on June 26.

When a planet prepares to change its apparent direction from our perspective on earth,  it slows down and its influence intensifies.  When it’s the beginning of a new cycle, or changing signs such as the current example of Uranus moving into Aries, the influence is even more powerful because a new dynamic is being introduced and we must adapt to assimilate it.

Uranus will move back into Pisces in mid-August and it will remain in Pisces until the Spring of 2011, completing its work of the past seven years as it traveled through the sign of spirituality and loss of Self.  This period has corresponded to the rise of internet (Uranus) addiction (Pisces) as well as a spiritual (Pisces) revolution (Uranus) and acceleration of our energetic fields.

During this time Saturn and Uranus will form their last opposition, completing a rebalancing of our desire for structures and form (Saturn) with the […]