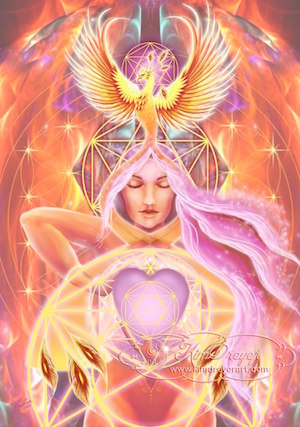 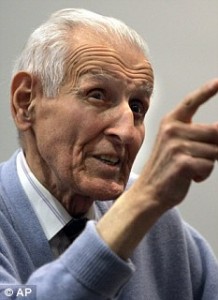 I seem to be surrounded with death this week – one good friend is dying, another good friend’s dog has died, and now the Doctor of Death himself has died at the age of 83.

Jack Kevorkian, a physician, began writing articles about euthanasia in the early 1980s and began a career of “death counseling” in 1987.  His first public assisted suicide was in 1990, and although he lost his medical license in 1991 he continued to assist terminally ill people in ending their own lives.

The idea that individuals should have the right to make the decision about when and how to terminate their earthly existence is one that is hotly debated among religious scholars.  Jack Kevorkian’s birthchart (he was born May 29, 1928, at a time unknown in Pontiac Michigan) shows that he has the Sun in Gemini in a wide (far apart) opposition to Saturn.  Before we had Pluto to destroy and rebuild, Saturn was the Lord of Death so it is appropriate that Dr. Kevorkian would have a strong Saturnian component to his chart.

The Gemini Sun is non-judgmental – it entertains all kinds of viewpoints without adhering to one, but the aspect of Dr. K’s chart that illustrates his passionate defense of personal liberation and the freedom to make choices about one’s death is the conjunction of Mars to Uranus in his chart, both in Aries.  Mars represents the personal Will, and Uranus represents the force of rebellion against the structure of authority, so when these two planets combine forces it can be quite combustible indeed.  The fact that these two planets combine in fiery Aries, the sign of individual expression and courageous forays into the unknown, accentuates this fever of passion […] 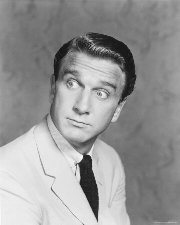 Leslie Nielsen, whose 60-year career saw his transformation from serious stage actor to hilarious funnyman in films like “Airplane” and the “Naked Gun” and “Police Squad” series, died peacefully in his sleep yesterday after a bout with pneumonia.  He was 84.

84 corresponds to the number of years Uranus takes to travel around the Sun, and if we 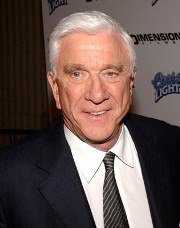 live to be 84 we will experience the Uranus Return, the time when Uranus returns to its place in the birthchart.  Personal Uranus cycles occur every 21 years (ages 21, 42, 63 and 84) and because Uranus is the planet that inspires radical change and a revolutionary departure from the past these cycles are often marked by a significant event in our lives that changes us forever.

Mr. Nielsen’s Uranus return is actually over – he went through it last year and earlier this year.  But Jupiter, which has been traveling in close tandem with Uranus, was in an exact conjunction with Uranus in his chart on the day that he died.  Jupiter represents liberation and the freedom to begin a new adventure, and Jupiter alignments are often found at the time of death.

Even more significantly, though, is the transit of the Pluto/North Node conjunction over the ascendant of Mr. Nielsen’s chart at the time of death.  (Data from Astrodatabank.)  The ascendant describes the persona and the way in which we approach […]