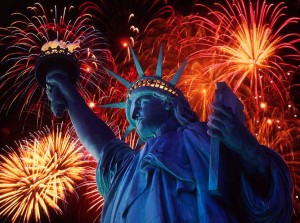 The “real” astrology chart for the USA

I’ve been spending a lot of time this week researching the various charts for the USA which is one reason for my lack of posting.  I have used the Sibley chart with great results, but every time I post an article on the US chart I receive quite a few emails arguing with my choice of chart.

There are three major charts used by astrologers and many more minor charts.  One is the Sibley chart which uses the date of July 4 1776 (signing of the Declaration of Independence) and a time of 5:10 pm, with Sagittarius rising.  There are also Gemini rising charts and a few adherents to a Scorpio ascendant that some say is based on the fact that the clocktower on the back of a $100 bill was set to 2:22 pm.  But if you look carefully at the image you’ll see that it could also be read as 4:10 pm and in fact Wikipedia says that the Department of Bureau and Engraving says that the time is 4:10 pm (although I could find no corroborating evidence for this).

Still, the relevance of the time on the clock tower is difficult to gauge in terms of establishing a proper horoscope for the United States.  Benton Bobrick’s masterwork The Fated Sky includes a scholarly discussion of the time when the signing of the Declaration of Independence was completed:

According to the Philadelphia Historical Society, ‘the Declaration was graced with its first signature (Hancock’s) at approximately five o’clock in the afternoon after which the members all went off to dine.’

This biography of John Hancock corroborates this (see page 13), using an approximation of “late in the afternoon” as the time […]