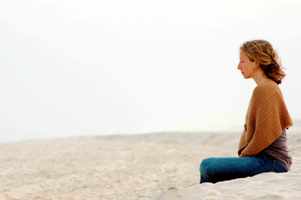 Just what we need for our overworked and internet-addicted minds as Uranus retrogrades back into Pisces and completes its blurring of the boundaries (Pisces) between technology (Uranus) and reality!

Meditation is known to help the mind, body and soul, and new research shows it can also improve attention span.

Researchers at the University of California at Davis conducted a small study testing how Buddhist meditation affects focus and attention to visual detail.

As the retreat went on and the medication continued, they did better on the tests.

Months after the retreat, the same people were tested again. Those who continued to meditate every day were able to maintain their level of concentration.

I generally recommend a mindfulness type of meditation for my clients over the type of meditation that attempts to block out all thoughts which can cause us to repress and deny aspects of our emotional life that often need a voice.  In mindfulness meditation we sit quietly with deep and measured breath, observing and releasing any thought or distraction while remaining completely present in the moment.

As life becomes ever more complicated, sitting quietly and turning our attention within with our eyes closed can be experienced as a mini-vacation, offering momentary relief from the swirl of activity around us.  It’s encouraging to know that when we open our eyes, that break may also make us more effective as we return to our multitasking.