Planetary news this week: November 13, 2017 including the Big Venus/Jupiter Conjunction! 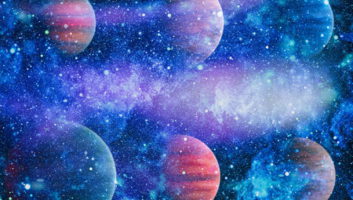 If you follow the astrological news you may have heard about an important Venus/Jupiter conjunction taking place right now.  Venus and Jupiter align every year or two so that alone is not news, but as Steven Forrest explains, “In a word, the answer is declination. At the moment of the exact conjunction, this time there is only an 11′ separation between the planets in terms of declination. That means they are simultaneously conjunct and parallel. ”

You can read more about the astronomy in Steven’s article, but essentially, Venus (love and attraction) and Jupiter (optimism and expansion) are closer to each other than they usually are even during a normal conjunction and they will be brighter in the sky.  The astrological effect of a Venus/Jupiter conjunction typically lasts only a day or two so you are not likely to notice any major change, but this can be a VERY lucky day, especially if it is in a favorable aspect to your own chart.

Jupiter is also moving into a harmonious dance with Neptune (inspiring magic and creativity) which will culminate on December 2nd, and throughout this week Venus acts as a translator between those two.  Magic and inspiration abounds right now, inspiring us to spread our wings and touch the sky as we reach for our highest aspirations and find a way to make our sweetest dreams come through.  Venus adds a glimmer of fairy dust to everything we touch all the way until the New Moon on the 18th.