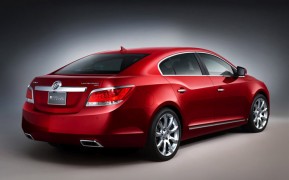 I don’t know about you, but all of a sudden I want to buy a new car.  I’ve been looking online, in magazines, in the newspapers – thrilled at the prospect of something shiny and new in the driveway.  This is particularly curious because I have a car that I LOVE – it’s a cool shade of green, nice and luxurious, and it goes great with all of my clothes.

I was telling Rich I couldn’t figure out why all of a sudden I wanted a new car, and then I noticed that every five minutes there is a new car ad on television.  Yes, I AM that susceptible to marketing!

Today marks the return of General Motors to the trading floor of the New York stock exchange.  The conservative press is minimizing the importance of the initial public offering today by General Motors which is selling stock in the company for the first time since it went bankrupt in 2008 as Pluto moved into Capricorn, but so far over $20 billion in stock shares have been sold, bringing the US Treasury’s share of GM stock down to 33% from over 60%.

With Venus and Jupiter both changing direction today and tomorrow, be prepared for reversals of fortune in financial markets.  It’s difficult to predict whether GM’s success will lead to lasting optimism in the markets, but stocks are way up today over the excitement of the return of General Motors.  This euphoria may be induced by today’s challenging square between the Sun and Neptune, which has a tendency to bring out our most fervent fantasies.

I have been predicting that once the “Cardinal Drama” of planetary alignments was behind us, which it is at this time, the general […]