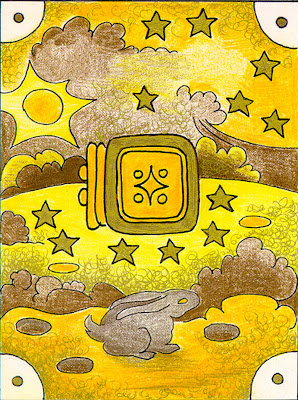 Photo from Psychedelic Adventure. On June 5th Venus will transit the Sun in a rare occurrence that will happen only twice during our lifetime.  This astronomical event is a bit like an eclipse in that Venus will obscure a portion of the Sun during this transit event. Venus transits come in pairs, and the first of the current pair occurred in 2004.  It’s an interesting coincidence that this major astronomical event corresponds to 2012, but it is not likely to bring about the end of the world.  Much has been made of the fact that the June 2004 transit of Venus preceded the tsunami in the Phillipines by about six months, but other deadly tsunamis have occurred when there was no transit of Venus.  I am having trouble finding any significant events that are tied to the Venus transit that occurred in 2004. Transits of Venus always occur on the Gemini/Sagittarius axis which is the axis of knowledge.  Gemini learns through experience and assimilation, where Sagittarius is more about finding the One Truth and then disseminating knowledge to others, so some astrologers have predicted a great Consciousness Shift during the Transit of Venus.  There is no doubt that consciousness is shifting and has been for the past 60 years or so, but I think it’s unlikely that the upcoming Transit of Venus will bring with it a a major event of the type that some are predicting.   The Mayans were very attuned to the cycles of Venus and used these cycles for the timing of wars. This fact has been used by some to predict a major war beginning with this Transit of Venus, except that the Mayans used the heliacal rising of Venus rather than the […]