What is Mercury retrograde good for 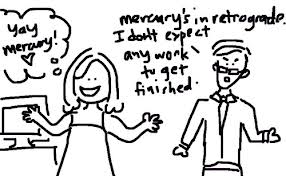 Mercury turns retrograde June 7, and you may have already noticed that communication is getting wonky and glitches are everywhere.  Yesterday a client’s phone service was temporarily terminated in the middle of our consultation which is an everyday type of occurrence when Mercury is retrograde.  (If you missed my posts on retrogrades you can catch up here and learn more about the positive aspects of retrograde planetary cycles.)

Conventional wisdom instructs us not to make any big decisions or sign contracts when Mercury is retrograde.  Yet Mercury retrogrades for three weeks four times a year and life doesn’t stop during these times.  I often get questions from readers who have to buy a car and Mercury is retrograde – do they have to wait?  Or they have to sign a contract for a new job or they will lose the job.  Or there is a court ruling and they need to sign off on it or be held in contempt.   Clearly under circumstances such as these commitments must be made.

The mythological Mercury was the messenger of the gods.  He carried information and moved freely between the domain of the gods and the world of the living.  Astrological Mercury is associated with communication and the workings of the mind, as well as the mechanical implements through which we communicate.  When Mercury appears to move backwards as it does during the retrograde periods we are forced to slow down and review our past actions, or re-do a current action over and over.  During a recent Mercury retrograde I was writing the monthly Planetary Illuminations report and my browser kept crashing, necessitating me to write and rewrite the article multiple times.  Every time I rewrote it I […] 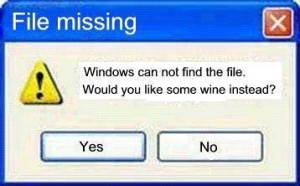 There have been some pretty spectacular examples of the kinds of snafus that Mercury retrograde periods cause in the news lately:

When Mercury is retrograde we often have to go back over and over something that is already completed or settled.  Knowing that this is a period of time when this kind of thing can happen makes it much easier to simply go through that process without frustration.  But we can utilize this time to our advantage by performing tasks that involve REvision, REevaluation, REconnecting with old friends, REsolving conflicts, REdecorating our house, REassessing our life plan.
Mercury will turn direct again on July 20th.  Until then, be patient, the river may not flow through it right now.
[related_posts limit=”5″ image=”50″]
Share this article...
By Lynn Hayes|2013-07-11T07:42:08-04:00July 11th, 2013|Astrology|9 Comments
Read More