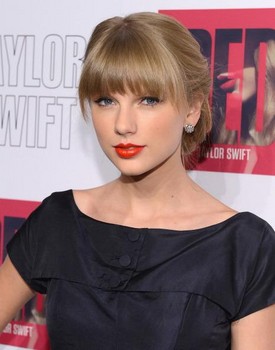 The Moon in her chart is in emotional Cancer, revealing her inner sensitivity and desire to nurture and care for others.  The Cancer Moon can be moody and reactive to emotional hurt, and with her Moon conjunct Jupiter, also in Cancer, the emotionality of her inner world is amplified which comes out in her song lyrics.  The Cancer Moon longs to attach and find emotional security, but her Moon is opposed by Uranus, the planet of individuality and autonomy, revealing an opposing need for distance and independence.   This is intensified by the fact that Venus, the planet of love and attraction, is in the sign of Aquarius which is ruled by Uranus.   In Aquarius, Venus seeks relationships that offer plenty of freedom and the ability to continually bring fresh new energy into the partnership.

Ms. Swift was recently quoted in Rolling Stone magazine: “You have to make it work by prioritizing it, and by falling in love really fast, without thinking too hard. If I think too hard about a relationship I’ll talk myself out of it..”  The Cancer Moon feels all of the emotion, and the Uranus influence wants to jump right into the relationship without thinking.  But after a short time the stress between the need for emotional connection (Cancer Moon) and the desire to flee and be free (Venus/Uranus) creates a schism that requires a breakup.

This is a classic “freedom/closeness” dilemma that Liz Greene talks about in her series on psychological astrology and which I see every day in my practice.  A part of us longs to be connected and find our true partner.  Another part of us sabotages our relationships at every turn.  This dynamic tends to operate on the subconscious level, which makes it difficult to resolve, especially for someone in their 20s.

It has been said that relationships take 100 days to solidify – after that point the initial flush of being in love begins to fade and the truth of the relationship becomes more visible.  Ms. Swift’s relationships have all lasted approximately three months: She dated Joe Jonas from July to October 2008, and Taylor Lautner from October to December 2009.  She dated John Mayer from December 2009 to early 2010, and Jake Gyllenhall from October to December 2010.  I suspect that for Ms. Swift, the early days of the relationship offer the overwhelming emotional connection of the Cancerian Moon/Jupiter conjunction combined with the excitement of Uranus and the newness of the connection.

The intensity of Hollywood’s goldfish bowl makes relationships even more difficult than they are in regular life, but Taylor Swift’s Sagittarian luck has helped her turn heartbreak into songs that are loved by millions of people.