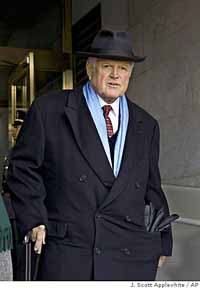 In the midst of the jubilant rejoicing yesterday at the Congressional Lunch, Senator Ted Kennedy Ted Kennedy collapsed with a seizure and had to be rushed to the hospital.

Senator Kennedy was diagnosed with brain cancer last May, as transiting Chiron made the first swipe of a square to his natal Chiron.  Chiron is the planet(oid, some say) that presides over the body/mind/spirit balance of an individual and is therefore often present when there is illness of some kind.  The first phase of the Chiron square cycle occurred in March, but Kennedy was not hospitalized until May when the Full Moon hit a sensitive Mars/Mercury conjunction in his chart.

It’s interesting that each phase of the square of Chiron to Kennedy’s natal Chiron has coincided with his stepping out in public to support Obama.  The first phase correlated with his announcement that he was supporting Obama; during the second phase while he was undergoing chemotherapy he traveled to the Democratic Convention to give a speech, despite health concerns.  We also saw the presence of Chiron in Caroline Kennedy’s sudden interest in politics.  Chiron is not only the Wounder and Healer – it is also the Mentor.  Chiron teaches that what we learn in our own healing we must pass on to others.

The final square of Chiron to Kennedy’s Chiron just occurred about ten days ago, and at the time of the seizure transiting Mars was exactly opposite Pluto in Kennedy’s chart, squaring the conjunction of his progressed Mercury (mind) and Uranus (electricity/nervous system) that I wrote about back in May:  “The fact that Kennedy’s progressed Mercury is conjunct progressed Uranus right now is also interesting, echoing this Mercury/Uranus connection that electrifies the brain and creates an experience that changes everything.”

Kennedy’s doctors reported yesterday that the seizure was brought on by a simple case of fatigue, and of course his immune system is not as strong as it would be if he were not suffering from terminal brain cancer.  Still, astrologically it would appear that transiting Mars activated that challenging system in his chart, possibly blowing a fuse or two.  Mars will next activate that system in Kennedy’s chart in May of this year.  If anyone reading this has the ear of the Senator, please warn him to get plenty of rest between May 12 and the end of the month!