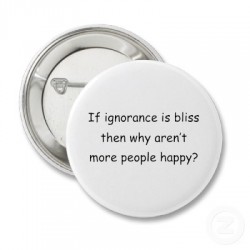 It’s human nature to seek pleasure and avoid pain.  Nobody wants to feel bad, or go through difficult situations.  I have been an astrologer for more than half of my life now, so it’s hard for me to remember what it was like before I knew about planetary cycles that were likely to bring challenges that required adjustment and change, but I imagine that it is pretty confusing.  Life is going great, and then all of a sudden here comes a curve ball and suddenly I’m feeling depressed for apparently no reason.

Sometimes in a consultation the client will say “I’ve just had a terrible time but now I want to move on.  Tell me something good.”  And it would be easy to help her to forget about where she has just been and talk only about the Jupiter transits that are coming, or the fact that her Moon has just progressed into Sagittarius which will make it easier for her to avoid the pain that she’s feeling.  But my experience tells me that before we can REALLY move on, we have to understand what just happened.  Where did those feelings of despair come from?  What was happening in the client’s chart when his wife had an affair?  And perhaps most importantly, when will these bad feelings start to subside?

To me, this is the magic of the astrological consultation: to take the distress of feeling bad and transmute it into an excitement over the transformation that is occurring.

This may be a bad example, but I gained twenty pounds when I married Rich, and I’m ready to let go of that extra weight.  At first I felt very panicky when I was hungry, so hunger felt “bad.”  It was nearly impossible to tolerate.  But when I started losing a few pounds I started to reframe that sensation of hunger and started to think of it as a feeling that is associated with losing weight.  If I’m a little hungry, I will lose weight and feel better about myself and more energetic.  I will be eating within a few hours so I won’t starve.  That sensation of hunger is now associated less with panic and more with feeling better.

It’s the same when we are working through a deep core wound.  We know it’s a core feeling if it seems out of proportion to the event that triggered it, or if it just erupted by itself.  Sometimes this happens to me during yoga practice – all of a sudden I start weeping.  This feels “bad,” but we can reframe the experience so that it instead feels like welcoming an old abandoned part of ourself into our heart.  As we allow the ancient pain to fill our experience instead of use all of our coping skills to avoid it, we release the pain and become more integrated with abandoned parts of ourselves.

So don’t worry, I’ll tell you something good.  But it might not be what you think!

When Mercury is retrograde we often see communication and equipment snafus, and things not going according to plan.  There is a “shadow” period lasting about a week on either side when Mercury’s movement is slower than normal. These are excellent times for planning and reflection but not good times to begin something new.  <a href="https://www.ast