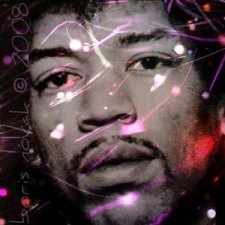 Jimi Hendrix died about six months after his Progressed Lunar Return, with transiting Saturn was crossing the IC of his chart (the cusp of the Fourth House which in some systems is connected to death).  The Moon in Hendrix’s chart was not particularly stressed, conjuncting Jupiter which typically confers a positive and confident attitude, but that Moon/Jupiter conjunction made an exact square to the Midheaven of his chart and it is likely that his career (Midheaven) pulled him away from a satisfying emotional life (Moon/Jupiter in Cancer).  The Progressed Lunar Return would have brought this dissatisfaction to a head and the transit of Saturn would have forced matters to a crisis point.

Janis Joplin died five months after her Progressed Lunar Return.  The sensitivity of her Cancer Moon was squared by Neptune which can show emotional imbalance as well as a heightened creative power.  During the months prior to her death, transiting Chiron and Uranus were opposed in the sky, and both planets were exactly square to Janis’s Moon at the time that her Progressed Lunar Return was opening her emotional body and creating even more vulnerability.

Both Joplin and Hendrix had an exact conjunction of Chiron (Wounded Healer) to the North Node (evolutionary purpose), suggesting a potential crisis in the completion of the Earth Mission.

There is no need to fear the Progressed Lunar Return, any more than we need to fear other challenging transits.  There is great potential for growth and the exhilaration of transformation in the more difficult planetary events, but we must be willing to open ourselves up to new possibilities of awareness.