The agony of Bill Zeller

The agony of Bill Zeller 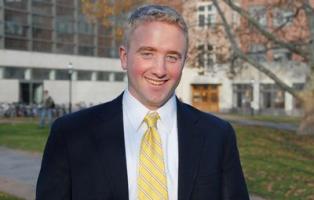 A reader requested that I look at the chart of Bill Zeller, a brilliant programmer who was best known for creating innovative software such as the MyTunes application.  Mr. Zeller committed suicide on January 5th after struggling for a lifetime with memories of repeated sexual abuse as a child.

It’s unfortunate that we don’t have a time of birth for Mr. Zeller, but the solar chart (born 10/26/1983 in Connecticut) reveals a stellium (tight conjunction) of four planets.  His Sun and Saturn are tightly conjoined in Scorpio, suggesting a pattern of rejection and coldness (Saturn) from the father, and also a tendency towards depression, especially as a young person.  (The beauty of Saturn is that if we can survive his trials as young people we can have a very productive old age.)  A Scorpio Sun reveals an assignment to experience life as deeply as possible, including the dark emotions that lurk under every rock and within every crevice.  There is a powerful emotional intensity with Scorpio that cannot be denied.

Also embedded in this stellium are Mercury and Scorpio in a nearly exact conjunction.  Mercury is either at the last degree of Libra or fully into Scorpio, depending on when Zeller was born, and Pluto is at the last degree of  Libra where it is fully “on the cusp” of Scorpio.  Mercury represents the way we think about things, and with Mercury on the cusp of Scorpio and conjoined by Pluto we have a “double whammy” connecting Mercury–the mind– with Pluto/Scorpio’s intensity.

Mercury is also conjunct the Sun which bestows a high degree of intelligence on the individual, but traditional astrologers, calling this a “combust” aspect, suggest that Mr. Zeller’s capacity for reason would be diminished by the powerful rays of the Sun.  I have not seen this to always be the case in my clients, but there is no doubt that the power of the mind with this aspect can be one’s undoing as well as one’s ally.

So right away we have a pattern which from birth sets up this individual to experience events in life with more intensity than others, who is rejected and isolated (Saturn/Sun) and can be obsessive (Pluto/Scorpio) in his thinking (Mercury).  It is not uncommon for individuals with tight Pluto alignments (including this writer) to experience abuse, especially of the sexual variety, in their lives.  From the perspective of the soul, these dark experiences of powerlessness can take us deep within ourselves into a place where we can discover our own power and find ultimate healing.  After an experience of this kind of darkness one can never be the same – life is forever changed and we are forced to either find healing or be consumed in darkness as Mr. Zeller was.

Without a birth time we don’t know the exact placement of his Moon.  It was either late in Gemini if he was born in the early morning, or in the early degrees of Cancer if he was born later in the day.   I don’t like to rectify a chart based on “what works,” so I will avoid imagining various scenarios offered by this quandary although I will say that a Gemini Moon makes more sense to me than Cancer.

In any case, there is a strong Sagittarian component to this chart as well, with a conjunction of Jupiter, which rules Sagittarius and is particularly strong there, to Uranus.  The expansive nature of Jupiter is exceptionally pronounced in Sagittarius and creates an irresistible desire to find happiness and a life free from darkness.  Uranus rules technology and electricity, and represents the urge to break apart stale life forms that are no longer serving us.  The combination of Jupiter to Uranus is associated with brilliant scientists and innovators in all fields, but also, especially with both planets in Sagittarius, describes a personality with a fierce need to rebel against authority and to forge one’s own path in life. Steve Jobs has a conjunction of Jupiter to Uranus, and Amy Winehouse, born the same year as Mr. Zeller,  has both planets conjoined in Sagittarius.

The combination of this relentless drive for the positive of the Jupiter/Uranus conjunction in Sagittarius with the powerful darkness of Scorpio is a difficult pill to swallow.  In the case of Mr. Zeller, the darkness within him literally split off from his personality, as he wrote in his suicide letter:

The darkness is with me nearly every time I wake up. I feel like a grime is covering me. I feel like I’m trapped in a contaminated body that no amount of washing will clean….

Mr. Zeller anthropormorphizes the darkness, calling it “he” and saying “he” won’t leave, providing evidence of this split between the Scorpionic darkness and the Sagittarian desire to flee.  An airy Gemini Moon would provide facility in switching between these ideations, whereas a Cancer Moon would perhaps inspire more integration on an emotional level.

Wherever his Moon was, it had been hit either by Uranus if in the late degrees of Gemini or by Pluto if in early Cancer over the past couple of years, enhancing his emotional distress.  In addition, Chiron (wounding and healing) and Neptune (spiritual yearning) had been in a challenging aspect to his progressed Sun in late Scorpio.   This Chiron/Neptune conjunction has had the effect of forcing the emergence of our deepest and darkest wounds so that they can be healed, but in order to heal them we must bring them out into the open.   Mr. Zeller did not want to take that path, saying “I have no interest in talking about being raped as a child, both because I know it wouldn’t help and because I have no confidence it would remain secret.”  On the one hand he wanted to heal the darkness, but on the other hand he needed it kept safely locked away.  This created an untenable situation for him from which there was no way out.

We often find transits of Jupiter in death charts, and this one is no exception.  This surprises many people who think of Jupiter as being a planet that brings good fortune, but it is also known as the Great Liberator.  On the day that Mr. Zeller killed himself, transiting Jupiter made the last of three exact squares to Neptune in his chart, giving him the confidence (Jupiter) to follow his dream (Neptune), no matter where it took him.

At the same time his progressed Sun (showing his evolving self) was at the very last degree and the last minute of Scorpio and getting ready to move into Sagittarius.  I remember when my own Sun progressed from Scorpio into Sagittarius – it was as if a bright light was turned on and all of a sudden my soul lifted and my heart began to sing from the relief.  Perhaps it was this light visible through the tunnel that gave him the courage to move towards it through the only escape he knew how to make.