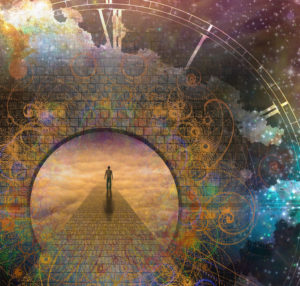 A friend posted this article on Facebook, and since I use the archetype of the Hero’s Journey in my client consultations I found it quite interesting.

The great spiritual teachers, culture bringers, warriors, and saints: these are examples of Heroes who obey a Call to Adventure to descend into the depths of the time and of themselves, fight the dragon (whatever its form), obtain the great treasure it guards, and bring it back to the dayworld. This heroic Monomyth fleshes out the archetype of Initiation:

It is a dangerous path. Heroes can die or go mad walking it. They do it under compulsion, for they bring new ways of seeing and being that nourish their cultures of origin and, through story, humanity as a whole. . . .

As I’ve studied myth I’ve pondered what model might surface from tales that deal with how non-Heroes journey, struggle, and with a bit of luck find fulfillment.

I call this The Journey of Reenchantment.

The author then goes on to outline the stages of this journey::  Childhood Magic, Disenchantment, Alienation from the Magical, Rupture and Underworld Descent, Seeking, Re-emergence, More seeking, Finding the Magic Door, Living in Both Worlds, Opening the Door for Others.

From an astrological perspective, the Hero’s Journey as defined by Joseph Campbell, the famous historian/philosopher of myth, is probably best suited for individuals with difficult charts – those who have had tremendous challenges in their lives which have forced them to seek understanding and healing.  The Journey of Re-enchantment as described above, which this author describes as being for non-Heroes, is perhaps more applicable for those who have not felt that their lives were full of dragons and tests that must be passed in order to survive.  The question of why some people have easier lives, and corresponding easier charts, is one that we can never completely understand.  I believe that there is a karmic quality to our lives that is described in the birthchart – whether as some say we have a part to play in choosing our course of study during our Earth life or whether we are just dealt a difficult hand to play in life, nobody can know for sure.  But there is no doubt that for many people, and most of my clients, life does follow the  pattern of this Hero’s Journey.

My own use of the archetype of the Hero comes from the work of Liz Greene and Howard Sasportas in their book The Luminaries, one in a series which I strongly recommend for anyone seeking more understanding about archetypal astrology.   In the Hero’s journey, the Hero begins with a “nagging feeling that [s/]he is different and an intuition of a special destiny.”  Astrologically, the Sun sign reveals the qualities of that special destiny.  Depending upon how the Sun is placed in the chart, there may be a challenge to the individual’s ability to pursue those qualities.  Then there is what Campbell calls the “Call to Adventure” – often precipitated by a transit or progression involving the Sun in the natal chart.  Usually there is then the “Refusal of the Call” – the Hero attempts to continue to live in the world of their past.  Campbell’s next step is “Meeting the Mentor.”  I often describe Saturn as being the voice of our own internal mentor, and the step of meeting the mentor may coincide with a Saturn cycle of some kind – perhaps the first Saturn Return at age 28-30 when we discover that we must grow up and begin to live more seriously.

Only then the Hero is ready to “Cross the Threshold” – to begin the difficult quest.  This could correspond to the second phase of life after the first Saturn return in which we are building a foundation for our lives.  Once on the quest, the Hero meets with “Tests, Allies and Enemies.”  Throughout our lives we connect with allies who help us through tests, but the biggest tests come under the influence of Saturn and Pluto.

The “Approach to the Inmost Cave” can come any time, but is very likely to occur around age 37-42 when transiting Pluto, planet of destruction and regeneration, makes a challenging square aspect to Pluto in the natal chart.  This corresponds to the “Ordeal” in Campbell’s journey – a deep inner or outer crisis which the Hero must go through in order to survive, or in order for the world in which they live to survive.  There is a death and a rebirth in this phase, perfectly aligning with the Pluto archetype of the phoenix bird being reborn from its own ashes.

At this point the Hero begins to reap the “Reward” of the journey and begins “The Road Back.”   It may seem that the journey is at an end, but there is one more test which the Hero must face.  This could correlate to the second Saturn Return around age 58-62 and culminates with the “Resurrection” phase of the journey in which the Hero releases the last vestiges of their old Self in order to be reborn in glorious unity with the true Self.  Having achieved the transformation of the journey, the Hero “Returns with the Elixir”  in which the rewards are shared and used to perhaps heal their wounded land.

A life which requires us to follow the arduous path of the Hero’s Journey is challenging, and we are often tempted to give up.  But if we continue the journey and persist through adversity, the rewards are enormous and enable us to become effective stewards of transformation and healing.