The astrological history of the sexual revolution: Part 1

The astrological history of the sexual revolution: Part 1 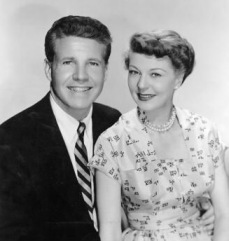 A reader on my Facebook page suggested a connection between Saturn in Libra and the sexual revolution.  Saturn was actually in Libra between 1950 and 1953, placing it a little earlier than the actual sexual revolution which we typically think of occurring in the 1960s along with all of the other revolutions brought about by the conjunction of Uranus (the revolutionary) with Pluto (the transformer).  But it can definitely be argued that Saturn’s passage through Libra, the sign of relationships, created some of the challenges that led up to the sexual revolution in the 1960s.

When Saturn went through Libra in the early 1950s the world was recovering from World War II.  In the United States this was the Ozzie and Harriet era – a time of booming prosperity in which suburban life became rigidly codified into an increasingly comfortable prison of rigid sex roles.  The husband went out to work, the wife stayed home.  This is Saturn (structure) in Libra (balancing polarities) in its purest form.

At the time, Saturn conjoined Neptune in Libra, so Neptune was there as well adding a touch of glamor and fairy dust to the whole situation.  There was a great deal of idealism and a willingness to ignore any problems that resulted from an increasingly rigid societal structure.  And with Pluto still traveling through Leo, every aspect of life was seen through the lens of expression of Self.  But Saturn was still present creating tests and challenges, and Simone deBeauvoir’s landmark work The Second Sex began to grow in its influence over American women when it was translated into English in 1953 with Saturn still in Libra.

Saturn’s entry into the sexy sign of Scorpio in late 1953 was marked by the first issue of Playboy magazine, the first publication to openly celebrate sexuality.  At the same time, the pelvic gyrations of Elvis Presley first hit the stage and forever changed popular music in mainstream white America.  Presley’s soulful interpretations of R&B hits arguably opened doors for black musicians that may otherwise have been closed.  The sexy dance called the Mambo became the rage, shocking conservative parents everywhere.

Scorpio is very concerned with matters of power – who has it, who doesn’t.  Under the influence of Saturn in Scorpio some women became dissatisfied with their situation in life and in 1954 Brownie Wise, the lead sales woman for the Tupperware company, appeared on the cover of Time Magazine.  This inspired thousands of women to sign up with Tupperware and earn their own money through the famous Tupperware parties.  With an increasing number of women gaining power through their own earnings, a growing dissatisfaction with the gender power balance  began to spread amongst a large number of suburban women.