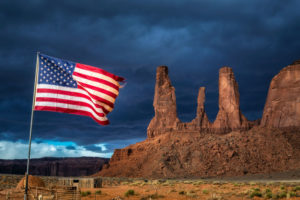 President Obama gave what was effectively his first State of the Union address last night when he addressed a joint session of Congress for the first time.  The timing of the address is significant because planets in the astrological chart for the United States were being activated by the New Moon which occurred at 8:35 pm, shortly after President Obama began his address.

The New Moon occurs when the Sun and Moon conjunct in the sky.  There is a fusion of the conscious mind (Sun) and the subconscious instincts (Moon), and New Moons are therefore said to be good times for new beginnings.

Countries have birthcharts just like people do, and we call the study of places and events “mundane” astrology, after the Latin word “mundo” which means “world.”  The astrological chart for the United States (astrologers, I use the Sibley chart for reasons discussed here) contains a conjunction of Venus and Jupiter (the two benefics, or fortunate planets) to the Sun (the Spirit of the country) in the seventh house of partnership which signifies a strong sense of optimism and desire to form positive alliances.  This combination of beneficial influences, combined with an expansive and optimistic Sagittarius ascendant, bestows the idealism for which the United States is known.

However, the restrictive planet Saturn forms a square (a challenging aspect) to the Sun, suggesting periods of deflation will be required when the idealism and expansiveness becomes too great.  Hence we find periods of extreme economic boom times, followed by panic and deflation (more on this in a later post).

Last night’s New Moon formed a trine to that Seventh House Venus and Jupiter in the US chart, activating the desire to come together and feel optimistic again about the direction the country is taking.  Most polls show a nearly overwhelming rise in support for Obama’s plans to move the country forward.

Astrologers use a forecasting technique in which the birthchart is progressed through time, revealing the evolving moods and character of the individual or nation.  Last night’s New Moon fell exactly on the Sun in the US progressed chart, so this is clearly a new start for the mood of the nation.  However, the US progressed Moon has been facing off against the progressed Sun since just after the election, and therefore also opposed last night’s New Moon.   The Moon represents our desire for security, and this dynamic shows resistance to any new plans, and a desire to adhere to the status quo.

Both the Sun and the Moon in the US progressed chart form a challenging aspect (a square) to Uranus, the planet of shock and awe.  Radical change is desired by the Sun squaring Uranus, but the Moon tends to retreat into a nest of safety when challenged by change.  This dynamic is mirrored in the opposition in the sky between Saturn (conservative values, the established order) and Uranus.

Clearly the US is experiencing a pull between these two forces. Uranus in the sky is completing a square to the US Mars, one of the forces that has generated such a tremendous desire for change at all costs.  But now we have Saturn is forming a square to the US Mars, putting the brakes on any efforts to move ahead with these plans for change.  With Saturn we are two steps forward, one step back, and sometimes we find ourselves taking three steps back instead.  However, transiting Chiron is forming a trine to the US Mars, which is giving us as a nation an opportunity to heal from the inside out while we formulate a new direction.

Transiting Pluto begins a challenging cycle to Venus in the US chart in a few weeks, which could go several ways.  Pluto creates endings and new beginnings, but can also intensify alliances and transform relationships.  We could see people within the country coming together in order to wage a battle with the nation’s enemies.  We could see a continued splintering within the country.  It’s really our choice – at all times, we have free will.

Jupiter events create opportunities and good luck, and there is no shortage of these opportunities for the United States this year.  Jupiter will retrograde later in the year which expands its influence since it will spend even more time forming harmonious aspects to Mars in the US chart (energy,confidence, and the ability to defend itself) and progressed Venus (the way relationships are formed, the kinds of alliances that we make as a country, the way we work together).  There is potential for healing as well this year, as Jupiter harmonizes with the US Chiron.