The astrological symbolism of Ceres

The astrological symbolism of Ceres 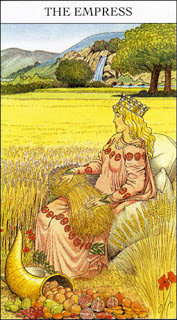 The traditional astrological symbolism of Ceres has not really worked for me and I’m finding it not to be useful now that the importance of Ceres has been promoted with her reclassification as a “dwarf planet” along with Pluto. Some of the interpretations assigned to Ceres by astrologers are these:

Ceres in the horoscope shows the early nurturing we received and how we nurture others. It also directly rules food and clothing. I have seen two cases of professional designers who had Ceres aspecting Pallas (which rules the ability to see patterns). Ceres in the Houses shows where we are most likely to express our nurturing side and also where we can best receive nurturing. (astrologer Bob Marks)

The Ceres asteroid represents the rhythms in a woman’s procreation cycles. In her role as mother, the Ceres woman treasures family heirlooms. The biology of life cycles and female passages are within Ceres’ domain. The asteroid, in charge of mothering and the family tree, rules the blossoming of a young girl’s body into womanhood. Eating disorders that result when a woman resists this entrance into fertility also have their place under Ceres’ skirts. (Astrology.com)

In astrological delineation, we can look to her for very specific information about matters relating to food and nurturing, and where the two meet. She can represent the quality of nurturing we got as a child, and how we function (or don’t) as nurturers in our relationships. (astrologer Eric Francis)

The problem for me with these definitions is that they are either too oriented towards female psychology, in which case Ceres has no use for half of the human population, or the definition is too similar to that of the Moon. The Moon already symbolizes how we were nurtured – it shows our instinctive reactions. It shows what we need to feel cared for and how we care for others. While it’s true that food is a big part of nurturing, this did not seem to me to be an adequate description of Ceres who has now been reclassified along with Pluto as a major catalyst for transformation.

As I work with Ceres more in personal readings, it is becoming more clear to me that Ceres acts as the higher octave of the Moon. WIth Ceres the emotional security of the Moon is transmuted to a sustenance and nurturing of our spiritual security and sense of place on Planet Earth. As we become more disconnected with the Earth and our sense of the natural rhythms and cycles of the seasons, we lose touch with a part of our own internal being. This can create a desperate sense of spiritual starvation within us as we stuff ourselves with bioengineered food that is loaded with chemicals that leaves us feeling undernourished and thirsty for a life that has meaning.

In mythology, Ceres was the goddess of plenty – the bearer of fruits and grain that nourished the world. But on the dark side, her grief over her lost daughter caused her to roam throughout the world, ignoring the crops and causing devastation and famine everywhere she went. For this reason, I believe that Ceres is associated with prosperity and abundance. Jupiter signifies the optimism and sense of meaning in life that brings about an abundant life, but Ceres represents the actual bounty – the foods, the flowers, the birds and plants, and the desperation that results when the bounty is withdrawn.

I am beginning to look at Ceres as the place in our chart that connects us to our natural selves. Difficult aspects to Ceres show challenges to our ability to feel safe in our bodily incarnation and denote areas where we need to make a more direct effort to honor the rhythms of nature and to feed and nourish ourselves. On a more global level she reminds us that without a connection to nature we cannot as a species survive.

Each of the planets demand a burden from us and bestow a gift, and where the burden of Ceres is a spiritual starvation, the gift she bestows is likely a sense of peace and beauty in the truth of the physical world that surrounds us.