Jupiter entered its own sign of Sagittarius at the end of 2018, and the seemingly boundless enthusiasm and expansiveness of this planetary cycle helped to keep the doors of optimism open, at least for much of 2019.  Saturn and Pluto were very close to a conjunction in the spring and summer of 2019, causing  to give us a hint of what is coming in January of 2020.  In March we saw the burning of Notre Dame, a symbol of Christianity for 1000 years.  In April the Mueller report was released in the US.  In May it was reported that we are in a major extinction event with over a million species threatened with extinction.  US tariffs against China took hold. Financial markets took a dip, but were buoyed once again thanks to the optimism of Jupiter in Sagittarius. 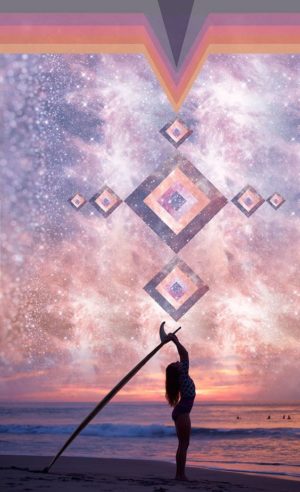 In 2020 we have an astrologically critical US presidential election – the winner of that contest will be president during the US Pluto return.  Here in the US, the ever tightening noose of the Pluto Return must be considered when looking ahead to 2020, but that is a matter for a separate article.

Here are the major planetary cycles that will be affecting us in the new year.  This is merely an overview of events that I will be covering in more detail as the year goes on – please subscribe in the sidebar to be sure you receive new articles when they are posted.

Some planetary cycles last for many years, and some are just a brief kiss in the night.  That, thankfully, is what we see with the conjunction of Saturn and Pluto on January 12, 2020.  The two planets actually came within a few degrees in the spring and summer of 2019 but the exact alignment doesn’t occur until January 12th.  Read more about the conjunction here.  Both planets are in Capricorn, and at the time of the conjunction five planets, including the Sun, will be in Capricorn.  Because Capricorn’s interest lies in the area of mastery of the material world, we will be focused on the destruction of structures that no longer serve us, and the rebuilding of new foundations to support us and carry us into a more empowered future.

(Geeky astrological details:  A lunar eclipse in Cancer precedes that Saturn/Pluto conjunction on January 10th.  The eclipse is within three degrees of an opposition to Saturn and Pluto, as well as to the Sun, Mercury and Ceres.  In addition, Uranus stations direct on the 10th and will be at a standstill during this period before picking up speed again after changing direction.  All of this suggests that the period between January 8th and 20th is a good time to watch and wait.)

A year of retrogrades

When a planet appears to be traveling backwards from our perspective on earth (retrograde), they have a more profoundly personal effect.  The outer planets are retrograde for half of the time, but in 2020 six planets will be retrograde at once and THAT is very unusual.  Researcher John McCormick, in his Book of Retrogrades, found that six planets were retrograde only .66% of the time – 51 days out of 100 years.

In 2020, all of the planets that can be retrograde will be retrograde at some point during the year, including Mercury, Venus, Mars, Jupiter, Saturn, Uranus, Neptune and Pluto.  During heavy retrograde periods there is more looking back and correcting errors of the past than actual forward movement.  This can be frustrating, but it is all a necessary part of human development and if we understand the underlying energies, we can use them to our advantage.

I will be writing a separate article about the meaning of the retrogrades so stay tuned. 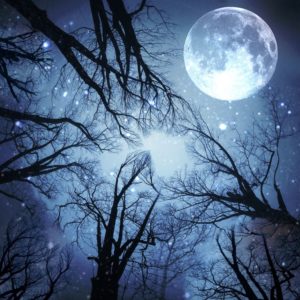 The lunar nodes (the points at which the Moon crosses the path of the Sun) represent the pathway from past (South Node) to future (North Node).  Traditional and Vedic astrology considers the South Node to be malefic and full of bad news, but I have found this idea to be limiting.  It’s true that the South Node can sometimes bring out the worst in us, but it also shows where there is work to be done in order to reach the promise of the North Node gateway.

In May 2020, the nodal axis will shift – the South Node will be in Sagittarius, with the North Node in Gemini. We will likely need to readjust our ideas of what gives our lives meaning (Sagittarius), and find a way to open our minds to other ideas that help to reshape who we believe we are and what our lives are all about (Gemini).

Jupiter/Pluto combinations are connected with religious and philosophical (Jupiter) oppression and domination (Pluto), including more of the strident self-righteousness that can be seen on the fringes of political discourse.  I believe we will see a continued increase in the divisiveness and negativity that has been erupting since Pluto began affecting the US chart in 2014.  We have to remember that this is all part of a natural cycle which is intended to bring the hidden darkness to light so that it can be witnessed and dealt with.

Fortunately, the intense force of Jupiter and Pluto will be ameliorated by a harmonious sextile between Jupiter to Neptune which weaves through the more difficult cycles.  Jupiter and Neptune share a focus on expansion and spiritual development, although Jupiter, as a personal planet, operates to foster a desire to find meaning in life where Neptune, a transpersonal planet, inspires us to transcend into ever higher states of consciousness.  The harmonious combination of these two planets will help to foster compassionate understanding and connection that will help to facilitate the pressures of the Jupiter/Pluto combination.

Jupiter and Saturn enter Aquarius and the Jupiter/Saturn conjunction

The energies of Jupiter and Saturn are diametrically opposed.  Where Jupiter is expansive in nature, seeking to embrace new experiences and find meaning in every aspect of life, Saturn can be repressive, concerned with the pressures of time and motivated by fear.  Saturn’s tests and challenges are difficult, but they are essential for life to continue.  Without a structure or plan, very little can be accomplished and this is the noble endeavor of Saturn.

When Jupiter and Saturn combine there is a natural resistance between the force of expansion and the force of contraction, but if the two can be integrated successfully there is a very happy outcome of success and the fruitful accomplishment of one’s goals.

With both Jupiter and Saturn moving into Aquarius, I believe that we will enter into an Aquarian period that will take us more fully into the Aquarian Age.  This is also the beginning of a new Jupiter/Saturn cycle in air, an 800 year cycle which began in 1980-81 when Saturn entered Libra and conjoined Jupiter in that air sign before slipping back into Taurus for the 2000 conjunction.

The year begins with a heavy concentration in earthy Capricorn and ends with the beginning of an airy cycle.  There are societal structures upon which we still rely, but which are falling apart just as much of our infrastructure (bridges, roads, tunnels) is falling apart.  Pluto, planet of destruction, in Capricorn, sign of construction and stability, has had a hand in bringing these matters to the forefront of our awareness.  (Planets don’t, after all, create problems – they simply reveal them where they already exist).

The main player in 2020, once the Saturn/Pluto conjunction is behind us, is Jupiter.  Jupiter brings new ideas and expansive goals into the picture, and combined with Neptune between February and October is exceptionally creative and compassionate.  Between April and November, however, the new ideas of social justice and compassion will be challenged by Pluto and the lack of a firm foundation from which these new ideas can be built.  At the same time, with so many planets retrograde it would have been difficult to put these ideas forward in any kind of cohesive way.  But that’s ok, because once the ideas and new plans enter the consciousness they can take hold and come to fruition at a later date.

I don’t want to make predictions for the end of the year, as I have some concerns about the US election.  The Aquarius influence can be magnetic and full of desire for equality and justice for all, but it can also be dark and repressive.  Aquarius is traditionally ruled by Saturn, after all.  But one thing I will say, is that the death of capitalism and the rise of something approaching a more equal economic state is unavoidable and we will likely begin to see this as we move out of the Capricorn period into the Aquarius energies.  The movement towards fascism around the world is a dying gasp of the old way, gripping and clasping onto the capitalist system as it passes into extinction.

Speaking of extinction, the Aquarius influence, particularly Jupiter going into Aquarius, will bring about major technological advancement that could help to offset the climate problems that are creating species extinction around the world.

I will certainly be writing more about all of these issues as the year progresses.  Be sure you’re on my mailing list!