The astrology of 2022: Birth pangs for the New Age

The astrology of 2022: Birth pangs for the New Age 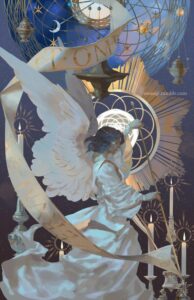 Following on the heels of 2020, a year when the astrology (Capricorn stellium and Saturn/Pluto conjunction, along with a record-breaking period of retrograde planets) spoke of repression and control as the world locked down to battle the Coronavirus, we were all hoping for a brighter future and as I titled my 2021 forecast, “A new way forward.”  However, I closed with this paragraph and I think we can agree that this is a little truer than we had imagined:

Where 2020 marked a breakdown phase thanks to a Capricornian cluster, 2021 is symbolized by the Aquarian ideals of fraternity, brotherhood and equality. These ideals are somewhat impersonal, and in order to achieve greater freedom we must understand that some loss of personal liberty is essential. Astrological conflicts require integration and resolution of conflicting opposites, and in 2021 the need to find that integration and balance will become a life or death proposition and likely result in major shifts of global power and also personal priorities.

The final exact challenging square between Saturn in Aquarius (control for the sake of the collective) and Uranus in Taurus (breaking out of paradigms, shifting values and shattering ideals) occurs at the end of December 2021, but between August and October the dance between these two planets will tighten to a one degree separation from exactitude. This suggests that the struggles and civil unrest that we’ve seen over this past year will abate, but will not be over completely any time soon.

Jupiter is the traditional ruler of Pisces (with Neptune being the modern ruler), and Jupiter and Neptune share an expansive view of the world, and a desire to bring true meaning into our lives.  However, Jupiter’s focus is more on the expansion of the Self through a pursuit of meaning and Truth where the Piscean desire to submerge the Self requires an annihilation of individuality.  It is here where trouble can occur – especially in April 2022 when Jupiter and Neptune conjoin in Pisces for a fantabulous merger of relentless optimism and delusion.  Until then Jupiter’s confidence and optimism could be useful in helping us navigate our way out of the pandemic without the Saturnian pressures we’ve had over the past two years.

Jupiter will sneak into Aries on May 10, 2022 and will remain in Aries until October 28 when it retrogrades back into Pisces for two months. It will make the final shift into Aries December 20th. This is the beginning of new experiences – in Aries we tend to approach our lives from a place of innocence.  Jupiter in Aries is accurately depicted by the Fool card in the Tarot: The Fool is someone who approaches their life with complete trust and innocence.  It’s a beautiful day, the Sun is shining, and they’re about to walk off a cliff.  The little dog is barking in warning, but the Fool has complete trust that the Universe will take care of him and protect him.  Jupiter in Aries offers a fresh new beginning of faith and trust in the Universe and in our own ability to follow the path that our soul has set out for us.

With Jupiter in Aries, there is a desire for constant growth.  Jupiter expands, and Aries is endless energy and initiation of new actions.  We don’t want to be still – we don’t want to submit to any rules.  There’s lots of enthusiasm and passionate and pure, unadulterated drive which I expect to lead to more independence from governmental restrictions as we head into the summer. This will be frightening to some who have become very fearful during the pandemic, but I believe that it will help us to move into a more normalized world situation.  Under Jupiter in Pisces we long to be happy and to find peace, and under Jupiter in Aries we are ready for a new adventure and it becomes easier to take risks with greater confidence.

Venus turns retrograde every 18 months, and it has just turned retrograde on December 19th.  For several weeks Venus has been conjunct Pluto, intensifying and putting pressure on our relationships as well as our values. This retrograde period will finish on January 29 2022, and during this cycle Venus will continue to interact with Pluto and will also link up with Mars from late January into early March, culminating with a triple conjunction of Venus, Mars and Pluto all in Capricorn.

In plain English this suggests that everything that we value will be put under a microscope so that we may better understand how the various aspects of our lives fit into our priorities and our hopes and dreams.  People, tasks, investments, pleasures, self-esteem – there is an opportunity to re-assess all of these facets of Venusian experiences in order to find greater equanimity, balance, and wholeness.

Mars turns retrograde every two years, and in 2022 it’s our turn once again. When a planet appears to travel in retrograde motion from our perspective here on Earth, it is actually closest to Earth than in any point of its apparent orbit, and its influence can be more powerful. This is especially true when it is slowing down in preparation of the change of direction. Mars is critically important, and when Mars is ineffective or stifled we end up with a wide variety of health problems from chronic fatigue to serious immune disorders.

During this Mars retrograde period we can get to know Mars a little better, and perhaps learn how to use it more effectively. Positive attributes of Mars include motivation, inspiration, standing up for what is right, setting good boundaries for how we choose to be treated, understanding what we need and allowing ourselves the confidence to express this, and under the retrograde period it may be more difficult to accomplish these things, making it a good time to put a little extra effort into learning to become more effective and empowered humans.

A word about the US Pluto Return 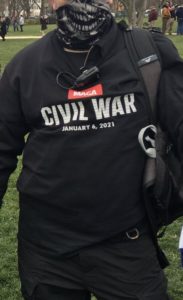 You may have read here in these pages and on other sites and channels that the US is undergoing a return of transiting Pluto to Pluto in the US chart.  Pluto takes about 244 years to orbit the Sun, so humans never experience a Pluto return.  But nations do, and these can be times that are destabilizing and critical junctures in the histories of these nations.  Although the exact degree of the US Pluto return occurs in February 2022, Pluto has been within one degree of the US Pluto throughout 2021 and was pretty darn close in 2020.

The problem with trying to predict the future using astrology is that the present is always changing the future as it unfolds.  Five years ago, looking ahead to the Pluto return in the US chart which begins officially next year, I could not have predicted the changes that would take place in the United States. As the Pluto return tightens its noose, the darkness in the US that is usually hidden will continue to emerge, and this is a frightening prospect.  However, Pluto’s domain is the kind of transformation that comes when darkness is set on fire and burned.

In addition, there is another and more insidious planetary aspect at work right now in the US, and that is the opposition (180 deg) aspect between transiting Neptune and US Neptune.  This aspect officially began in May 2021 when transiting Neptune reached the exact degree of the opposition, but the opposition began to tighten back in March and April 2020 when Neptune began its steady approach to the exact degree. At its best, Neptune urges us to transcend the day to day humdrum reality and escape into a more brilliant and beautiful experience, one of inspiration and magic and creative spirituality.  At its worst, this urge for escape and transcendence leads to addiction and delusion, and this is complicated further by the fact that Neptune squares Mars in the US chart, obfuscating motivations and promoting idealism over facts.

The final phase of the Neptune opposition in the US chart occurs in March of 2022 but it’s accompanied by Jupiter which will be very close to its conjunction to Neptune at that time.  This could amplify potential confusion and erode objectivity right just as US Pluto return reaches its point of exactitude for the first time. Consequently, those of us in the United States will be watching an important drama play out before our eyes – the battle for the soul of the nation in the midst of a changing world.