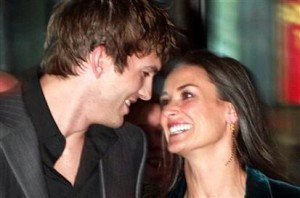 That New Moon also conjoins Venus (attraction and relationships) at the Midheaven of the chart, the point of highest aspiration, with both Venus and the Midheaven also in Aquarius and all three planets are in a harmonious trine to Jupiter, the planet of good fortune.  This is a very positive aspect for career success, but it also alludes to the importance of relationships in advancing his career.  This is a powerful Aquarian influence that can be brilliant and innovative, but also detached and isolated.  Aquarius has two rulers: Saturn (the detached and isolated influence) and Uranus (the brilliant innovator).  Yet both of these planets have something in common – neither of them is very comfortable with the emotional realm (especially with the Moon, representing the emotions, in Aquarius).  The fact that Uranus is locked in a challenging square to the New Moon/Venus configuration provides extra fuel for that particular fire and strengthens the Uranian yearning for liberation.

Gemini is rising in his chart, and Jupiter, the planet of expansion, is also in Gemini in the First House of personal identity bestowing confidence and a desire for a world that continually expands.  The Gemini ascendant signifies a need for a constantly changing world in which a multitude of experiences combine to inform the path of the individual’s evolution.

These are not planetary configurations that suggest a tremendously disciplined personality, or one that seeks commitment and family ties.  However, we also see Saturn in the chart opposing the that New Moon/Venus, and Saturn is retrograde which intensitifes  the Saturnian influence that seeks structure and a disciplined approach to life.  In addition, his Mars is in Cancer so he has a strong drive (Mars) towards nurturing and caring for others (Cancer), although Mars makes no major aspects to any other planet in his chart and therefore has a difficult time finding a way to find expression.

Saturn opposite the Moon can signify depression and loneliness and Ashton has admitted to contemplating suicide at the age of thirteen.  At the time transiting Saturn was passing over his Aquarian planets and over the next few years under the Saturnian influence his home life worsened and his parents divorced.

Ashton and Demi met at a party in March 2003.  Ashton’s progressed Moon had been in Capricorn for the previous 18 months and he was likely feeling the need (Moon) for a more structured and committed life (Capricorn is ruled by Saturn and shares its connection to success, achievement and responsibility). When they met, his progressed Moon was nearing a conjunction to Juno (asteroid of marriage) and they began dating right away.

Ashton and Demi married on September 24, 2005.  At the time Ashton’s progressed Moon was transiting the New Moon/Venus configuration in his chart and passing over the Midheaven.  He likely felt that this was the culmination of his life’s experiences – more than just a relationship, he was moving into a public persona of marriage and family life, Saturnian structures of responsibility and commitment.  Yet the conflict between Saturn’s pressure for structure and the need for autonomy of Uranus is an ongoing battle in Ashton’s psyche.

The Saturn Return is a significant planetary cycle that affects people in different ways.  Some people find this the most productive time of their life as Saturn inspires them to work hard and achieve long-lasting goals.  But some people are kicked to the curb if Saturn’s School of Hard Knocks teaches their lessons the hard way.  To some extent we have some influence over how planetary cycles will affect us if we are aware and understand what is required, but that is not universally true.  Because Saturn is in a planetary system in Ashton’s chart that includes the New Moon and Venus and his Midheaven, his Saturn Return in 2007 was particularly potent and his career floundered during that period.  The 70’s Show, which had made him a star, had ended its run and Ashton struggled to find himself.

Rumors of Ashton cheating on Demi began in September of 2010.  During that year, Ashton’s Venus had progressed to the early degrees of Aries where it has been beat up by the Cardinal Drama, a major planetary configuration which created a great deal of tension both in the world and in the personal lives of individuals over the past three years.  The rumors soon died down until this summer when rumors began circulating that Ashton and Demi were living apart, a story that coincides with his great television success as the new cast member of “Two and a Half Men.”   When photos of Ashton cavorting in a hot tub with a blonde on the day of his wedding anniversary splashed across tabloid covers last week, the rumors became news.

It appears inevitable that Ashton and Demi will end their marriage if it’s not already over, but it won’t be because of the age difference.  It will be because Ashton has not yet grown up enough to balance the urges within his chart and his personality which are in conflict with each other.  This is not an uncommon problem and it takes a certain amount of self-knowledge and understanding to find that balance.