The Astrology of Brokeback Mountain

The Astrology of Brokeback Mountain 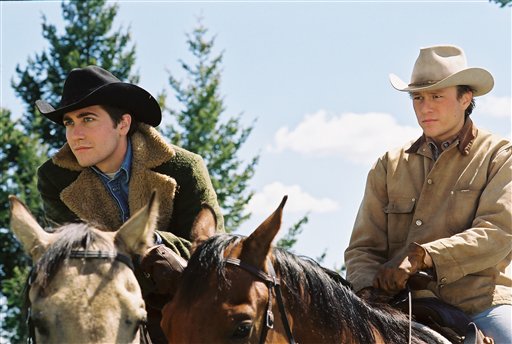 The success of Brokeback Mountain is nothing less than a phenomenon. Who would have thought a movie about two gay cowboys would sweep all of the awards shows? The answer may lie in the currently ongoing square between Jupiter and Neptune and the trine of Jupiter to Uranus. Jupiter represents expansion, opportunity, and the expression of shared beliefs such as theology and philosophy. Uranus instigates a break from conventional and mundane reality, representing innovation, radical change, and unusual behavior and beliefs such as astrology and homosexuality. Neptune rules things that are hidden, obscured. It also rules creativity and a yearning to transcend ordinary mundane reality.

Jupiter in aspect with Uranus brings about a break (Uranus) from conventional morality (Jupiter), an expansive (Jupiter) sense of freedom (Uranus) to follow one’s own destiny and path. Film is a powerful medium that enables the process through which Uranus brings about an eruption into consciousness of a new way of thinking or cultural identity. AstroNoetics has a fascinating (and long) article connecting Uranus with film.

“When the creative fire of Uranus is ignited societally, cultures take a gigantic advance in novelty, breaking new ground in sciences, the arts, mores and freedoms. However, even though the creativity of the genie may be summoned with benign intent, the unstable and mutable creative fire of the genie—and thus of Uranus—may turn against culture but can never be “put back into the lamp.”

The success of Brokeback Mountain is likely to bring about a mini-cultural revolution that is powerful but bloodless. The fact that Jupiter and Uranus form a trine, which is a harmonious aspect, shows that the transformation will be smooth and relatively painless; an alteration of consciousness that occurs without major difficulty. The first trine in the most recent Jupiter/Uranus cycle coincided with the advance buzz prior to the release of Brokeback Mountain in early December. The second hit of this cycle will occur in May, with the final sweep in late August/early September.

The recent square of Jupiter with Neptune that began in December and continues through the summer has seen a clash (square) between those that which to release (Jupiter) that which has been secret or hidden (Neptune) and those that don’t. The wiretapping scandal in the Bush administration has fallen under that heading, as is the confusion (Neptune) over whether Iran really has nuclear weapons or this is just aggressive rhetoric (Jupiter). The next square in the Jupiter/Neptune cycle coincides with the Academy Awards show in early March.

The themes of Brokeback Mountain go beyond a “homosexual lifestyle” as termed by the religious Right – it calls for a world where one’s personal life belongs only to that individual and those they love, and where governmental regulation stays out of the bedroom and in the boardroom where it belongs instead of the reverse.