The astrology of Corey Haim

The astrology of Corey Haim 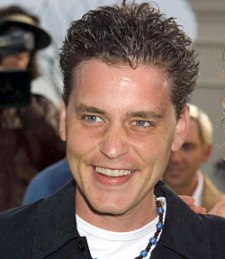 Corey Haim, the 1980s child star who made a career out of attempting a comeback, died the other night from what coroners say was an enlarged heart and fluid in the lungs.  Haim had a long history of drug addiction and was apparently admitted to rehab on fifteen different occasions, but it wasn’t drugs that killed him, at least not directly, but the devastation of 20 years of drug abuse had already taken their toll.

Haim had the Sun in achievement-oriented Capricorn, in a nearly exact square (challenging aspect) to Pluto, planet of death and renewal.  With the Sun in Capricorn his desire for success and to make a mark on the world was a driving force in his life, but he also had Jupiter, the planet of good luck and optimism, in its own sign of Sagittarius where it is particularly powerful.  Jupiter in Sagittarius is the party boy – the Fool in the Tarot deck that operates through blind faith, ready to step off a cliff because he is looking at the sky, but nearly always landing on his feet.  His Mercury was in Sagittarius as well, suggesting that there was a big part of him that didn’t want to be serious or focus on the future, in spite of the Capricorn Sun.

That Sun/Pluto square nearly always signifies great potential, such as in the charts of Jon Stewart, Maya Angelou, Sally Field and Barbra Streisand; but it can also signify great tragedy and self-destruction, such as Tiger Woods, Mark David Chapman (John Lennon’s murderer), and occasionally have a transformative effect on the world for good or for evil, such as L Ron Hubbard (founder of Scientology).  The intense pressure that Pluto puts on the Sun to surrender and let go of the past and allow oneself to emerge from the fires unscathed can be overpowering, or it can build tremendous resilience and personal empowerment.

It complicated matters for Corey that Mars in his chart was opposed by Pluto and in a challenging square formation to his Sun.  This is a dynamic system called a “T-square” in which Mars, in Pisces and therefore already weakened, was opposed by Pluto which sapped his energy and his vitality but also provided a challenge that could have provided opportunities to build inner strength through adversity.  Over the past couple of years transiting Pluto had been squared his Mars, restricting his abilities to achieve his goals, and then square Pluto in the natal chart and the Sun, creating an intensity of experience that would have required some sort of outlet.  Last fall when Saturn entered Libra it conjoined his Pluto and squared his Sun, setting off this whole dynamic once again.  Haim didn’t suffer from chronic depression but he was depressed in the period before his death as a result of the Saturn transit.

Though Corey Haim’s chart was “lucky,” with Jupiter exalted in Sagittarius and an exact Grand Trine in air between Venus, Saturn and Pluto, the ease offered by these astrological influences may instead have made it too easy to rely on his luck instead of apply the diligence of his Capricorn Sun.  Haim’s career began early at the age of 11, but like so many other child stars he was unable to parlay that early success into a lasting career.

Like all of the recent deaths of young Hollywood stars and personalities, this is a terribly sad story.  But it is also a lesson in the limits of luck, and why it is important to face our demons and transform them into our allies.