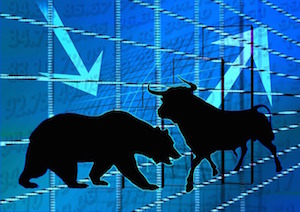 It is not a stable world we live in. Vast transformative energies are underway. And these transformative energies are reflected in the dramatic turns – booms and busts – of financial markets. But through it all, the renaissance of 1940 – 2040, exemplified by the 500-year celestial pattern of Uranus, Neptune, and Pluto, continues to unfold. To say we live in “interesting times” is an understatement. I cannot think of a more dynamic time to live in than this. After all, everything is changing, and we have the opportunity to be co-creators of what this world will become. The birthing process (1940-2040) is still underway. The future is not yet fixed. Choices can still be made, and the result will still be the consequences of those choices under these historic geocosmic cycles.

I am not a financial adviser or qualified to give financial advice, but it’s clear that under these planetary influences investing in solid companies with growth potential and financial stability will be a better bet than following mass psychology and buying fads and empty dreams.