The astrology of Demi Lovato’s “meltdown”

The astrology of Demi Lovato’s “meltdown” 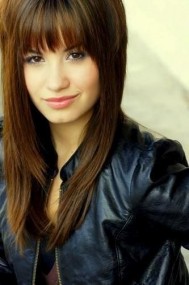 Demi Lovato, the young singer/actress who rose to fame as a Disney Star back in 2008  at the age of fifteen, recently left  the Jonas Brothers World Tour to seek treatment for “emotional and physical issues” which evidently include anger management problems. Rumors are swirling around that she has drug and alcohol issues but Lovato’s spokespeople deny this, saying “”Demi has decided to take personal responsibility for her actions and seek help.  She is doing just that.”

The gossip press has reported that an altercation with backup dancer Alex Welch in which Lovato punched her former friend was the event that instigated her decision to enter treatment.  Lovato told talk show host Ellen DeGeneris that she was bullied so badly in middle school that she dropped out of the seventh grade and was home schooled instead.  Her suffering was so extreme that she struggled with eating disorders and self-mutilation (cutting) according to an MTV source.

Life in the Hollywood spotlight is challenging for many, but these young stars are more vulnerable than most.  Lovato (born August 20, 1992, time unknown) was born at the beginning of the conjunction of Uranus and Neptune, a powerful planetary alignment that is the source of tremendous creativity and innovation, but also suggests a high degree of energetic (as opposed to emotional) sensitivity.

She has the Sun in Leo, the sign that more than any other loves the spotlight and relishes the opportunity to be recognized and admired (unless there are other aspects that create a conflict around this desire for visibility).  She has Mars in Gemini which gives her tremendous versatility and a desire to excel at many different things, and she has a nice conjunction of the two “benefics,” Venus and Jupiter, which helps to bestow good luck and good fortune.

The problem aspect in Lovato’s chart is a difficult T-square involving the Moon, which reveals our deepest emotional needs and reactions.  Lovato’s Moon is in Taurus, describing a craving for stability and security.  But her Moon is opposed by the intensity of Pluto (planet of death and transformation), suggesting that a lack of security as a child and a predisposition to feeling that life is dangerous.  The Moon/Pluto combination intensifies emotions which can be challenging for anyone, but especially for young people who have not yet learned to find more internal balance.  Pluto is also in a challenging square to her Sun which magnifies the magnitude of the power (Pluto) of her self-expression (Sun) that much more, and will require throughout her life that she face challenges that will threaten but ultimately empower her.

Complicating her emotional dynamic is the addition of Chiron in a challenging square to both Pluto and the Moon.  Chiron is known as the “wounded healer,” and plays the role of requiring that we face and release the old emotional wounds that we usually prefer to bury deep in our psyche.  This is a powerful combination of planets that shows what a powerhouse of emotions and fears lie in the subconscious.

The Chiron/Neptune conjunction has been affecting Lovato personally since both planets have been directly opposite her Sun throughout 2010.  This planetary cycle has had a strong influence on many of us as it brought up wounds from the past in order to help us to connect more deeply within ourselves.  This can be a painful cycle, but it also has tremendous healing potential.

Demi Lovato’s astrological chart shows that she has a great deal of personal power (Pluto square Leo Sun), and this will help her to face and overcome great challenges.