The Astrology of Donald Trump

The Astrology of Donald Trump 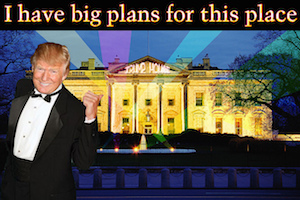 There’s no doubt that Donald Trump is one of the more colorful characters in American life today.  A real estate mogul who turned an inherited fortune into a mega fortune of his own, he has embraced the spotlight and has taken advantage of every opportunity to put himself in the public eye.  He has been undaunted by criticism or failure, and his brash and aggressive style has both charmed and appalled Americans for many years.  Now that he is running a serious candidacy for President, he is in the limelight like never before.

Psychologists and pundits the world over have attempted to analyze Trump with little success.  Let’s see what the astrology tells us.

Donald Trump (see chart here) was born with the Sun in chatty Gemini, and under an exact Lunar Eclipse (with the Gemini Sun opposite the Sagittarius Moon).   In a lunar eclipse, the instincts and emotion of the Moon are eclipsed by the Solar conscious energy of the Sun.  When emotions and instinctive drives are forced to hide away from the solar light, they can intensify and become more powerful and we often see this with people who are born under a lunar eclipse.  (Kate Middleton, Duchess of Cambridge, is another example of a lunar eclipse baby.)

People born under a total eclipse carry the intense emotional energy with them, though these lunar instincts may remain hidden for much of their lifetime until they are forced to emerge through some kind of confrontation.

Uranus  is connected to the eclipse as well – conjunct the Sun where it encourages innovation and radical behavior, and opposite the Moon where it makes personal relationships difficult and suggests a distant relationship with the mother.  Uranian people tend to dislike following the lead of others and prefer to create their own way.

Trump’s chart shows Leo rising, reflecting his need to shine in the spotlight and be admired.  At its best, Leo is driven to do admirable works that will gain public recognition; at its worst there can be a Machiavellian manipulation for attention.  Statements like “I’m very rich” and “no one builds better than me” are examples of Leo gone bad – the desperate need for attention taken to its extreme.

This tendency for self-aggrandizement is exacerbated by the presence of Mars (planet of aggression) which is also in Leo, intensifying that need for attention, right on the ascendant where it becomes the projection of the personality.  It’s Mars which we see when Trump bullies those around him, or pushes his way through business dealings and presidential debates.

We would expect someone with Trump’s supreme confidence to have a strong Jupiter component, and we see that Jupiter (planet of good luck and self-righteousness) in the 2nd house of money in a harmonious trine to the Sun.  This trine of Jupiter to the Sun tends to bestow a sense of having been chosen by the gods – there is a tendency towards luck and the kind of success that comes from an abundance of positive thinking.  His Jupiter-ruled Sagittarius Moon helps to cement that super-confidence into a belief system that is virtually unshakeable.  One writer said

However, there are no planets in earth elements in Trump’s birthchart which would help to ground him and give him a practical sense of moving through the world.  He is all fire and air – energy, enthusiasm and ideas.  In his presidential candidacy he can’t be bothered coming up with a practical blueprint for solving the nation’s problems – he is more interested in motivating and exciting.

His achilles heel is in his relationships.  With three planets in the emotional and family-oriented sign of Cancer he doesn’t lack sensitivity for those he loves.  His Mercury (mind) in Cancer reflects his emotionality when speaking and reacting to the words of others.  His Venus in Cancer reveals his desire to nurture and care for those he loves, which we can see in his relationship with his children, most of whom work with him in one way or another, though not so much in his marital situations.  Marriage has been tricky for Trump which isn’t surprising with Saturn (tests and challenges) conjunct Venus (relationships) and Chiron (wounding and healing) in Venus-ruled Libra.

Some writers have suggested that perhaps Trump’s grandiosity is a narcissistic wound that comes from damage to the Self that he tries to fix by doing more and being more – a bottomless pit that will never be satisfied.  However, I am not seeing this kind of wound in the chart.  I do believe that he is addicted to the glamor and the attention that comes with being The Donald, and he is driven by the desire to expand and become bigger and bigger rather than by some insecurity to be accepted by others.  The danger with a drive to continually amplify and inflate your life is that there is a limit.  Either the bubble will pop, or someone else will become bigger than you and take your place.

Trump’s progressed Midheaven, revealing the evolution of his career path, just moved from sensitive Cancer into Leo in March of this year.  This would have encouraged him to seek a greater role in the public eye, and right on schedule he announced his candidacy for President in June.

This is a particularly emotional time for Trump with Chiron hitting the sensitive Sun and Moon and eclipse points, and Pluto challenging his Chiron.  I’ll be looking at the transits and doing more forecasting for him in another post, but for someone like Trump it’s sometimes the challenging aspects that empower us to overcome obstacles and achieve our greatest success.  This is NOT an evaluation of his chances at the presidency – that I will tackle in a future article.

Note on Trump’s time of birth:  Astrodatabank uses a birth time of 10:54 am on June 14, 1946, citing a birth certificate posted online.  But since Trump has refused to release his birth certificate I have requested clarification from Astrodabank.  Another time of 9:51 am has been bandied about.  The two charts are not that different – the later time has Leo/Virgo cusp rising and the Sun in the 10th house of career and the public eye and with Mars on the Ascendant; the earlier time has Leo rising with Mars in the first house but with the Sun in the 11th house of friendship and groups which makes less sense.