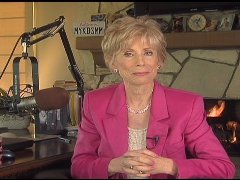 The very week that Dr. Laura dropped the N bomb on her show and now announces her retirement from radio, transiting Uranus has retrograded back over her progressed Sun. This is a planetary cycle that can create a somewhat reckless need to break up the status quo and achieve liberation of some kind.  We don’t have her time of birth so we don’t know the exact placement of her  Moon, but it is very likely that her progressed Moon is opposite Mars sometime between last week and next week, exacerbating the expression of her frustration and desire to break free of any shackles.

Dr. Laura says she has been considering retirement for some time, and in fairness she did apologize immediately for her remarks which she said were inappropriate.  But with a big Uranus transit going on, it’s not surprising that she decided that she’s ready to move on to something else.