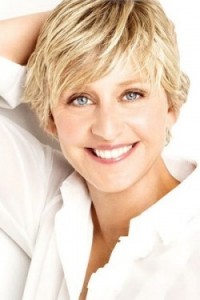 Disclaimer: I am not a medical profession and I have no medical training.  I do, however, have a special interest in the astrological analysis of health effects.

Ellen DeGeneres was treated on Monday for chest pains that began on Sunday.  Although she laughed off the pains on her talk show Monday, she was evidently sufficiently alarmed by them to call 911 during a meeting at the Warner Brothers Lot at 11:53 am on Monday.

Ellen’s astrology chart shows that not only does she have the Sun in Aquarius, but also Venus and Chiron, all connected in a triple conjunction which means all three planets operate as one system.  The Sun combines with Venus to (usually) create a friendly and sociable personality that tends to be well liked by others.  However, the presence of Chiron, often called the “Wounded Healer,” in that system reflects the fact that her relationships have been her greatest wounders as well as healing forces in her life.

This system is opposed by Uranus, which is the planet of radical change and innovation.  Uranus is the revolutionary, and it is also associated with androgyny (hence the term “Uranian” to describe a “third sex” with neutral gender as described in this earlier article).  Uranus also rules electricity and electromagnetic energy.

Uranus is the ruler of the sign Aquarius, so the fact that Ellen’s Aquarius planets are opposed by Uranus (a “double whammy” in technical astrological terms” connects the Sun, Venus and Chiron to Uranian energy even more intensely than it would otherwise.

The Sun rules the physical heart in medical astrology, and the heart requires electricity to continue to pump blood and oxygen through the body, and when Uranus is tied to the Sun in the astrological chart it is often easy for the electromagnetic balance to get out of balance.  This electromagnetic balance is also essential for good neurological health, and Sun/Uranus people often have a certain degree of nervousness or anxiety.

At the time that Ellen’s chest pains began there was a lineup of planets affecting this sensitive neurological area.  In her progressed chart (the evolving chart that helps us to see how our lives are unfolding) her Ascendant has progressed into a conjunction to her Sun, and her progressed Mars is following close behind.  Over the next year as her progressed Ascendant approaches an exact conjunction to her Sun we will see her grow even more into the fullness of who she wants to be – this is a wonderful time of self-acceptance and personal growth.

Mars is the planet of fire and energy, and at the time her chest pains began transiting Mars had just opposed her progressed Mars and was coming up to an opposition to her natal Sun, a double planetary cycle which can stir up some agitation and emotional disruption.  Because Uranus is a part of that system natally (in the birthchart), and because of the strong Aquarian influence, Mars would have stimulated the electrical system in the body which would have required some effort to maintain balance.

Transiting Mars will set off this system again in a year or so when Mars enters Scorpio and forms a square to the Aquarius planets.  Fortunately Ellen is a healthy eater (she became vegan a few years ago) and lives a relatively normal life by Hollywood standards.  That will help her to find equilibrium of body, mind and spirit that will help her to maintain the energetic balance her kind of nervous system requires.