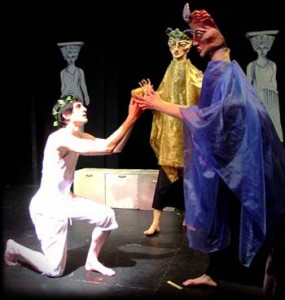 Along with the elevation to Planethood of 2003 UB313 (formerly known as Xena) now comes an official name: Eris, named after the Greek goddess that set off the Trojan war by throwing the golden apple into the circle of goddesses that would ultimately be for the fairest of them all. The goddesses (Athena, Aphrodite and Hera) competed for the apple, and the Trojan war was the famous result. Eris is a troublemaker: the goddess of strife and discord, and her Roman name was Discordia.

The tenth planet is aptly named, because her discovery led to a great deal of discord and turned the world of astronomy on its ears and led to the declassification of Pluto. Now Eris, Pluto and Ceres all rule jointly in their new classification as “dwarf planets.” This site has a great assortment of stories from the myths about the nature of Eris from which the stories below have been taken.

Eris is a sister of Ares, the god of war, and as a nurse to dying soldiers she has been known to fill their hearts with hate and the desire for revenge. Aeschylus says, “discord is the last of the gods to close an argument.” Eris is likely to rule over the domain of revenge which has previously fallen under Pluto’s realm. The role of Eris in the Trojan War did not begin from spite but from wounded feelings since Eris was not invited to the wedding of Peleus and Thetis. So Eris is concerned with wounds to the ego that result in a disturbed psyche.

Hesiod saw a more positive side to Eris:

She pushes the shiftless man to work, for all his laziness. A man looks at his neighbour, who is rich: then he too wants work; for the rich man presses on with his ploughing and planting and ordering of his estate. So the neighbour envies the neighbour who presses on toward wealth. Such Eris (Strife) is a good friend to mortals.”

Perhaps this is the lesson that Eris comes to teach:

“Herakles was making his way through a narrow pass. He saw something that looked like an apple lying on the ground and he tried to smash it with his club. After having been struck by the club, the thing swelled up to twice its size. Herakles struck it again with his club, even harder than before, and the thing then expanded to such a size that it blocked Herakles’s way. Herakles let go of his club and stood there, amazed. Athena saw him and said, ‘O Herakles, don’t be so surprised! This thing that has brought about your confusion is Aporia (Contentiousness) and Eris (Strife). If you just leave it alone, it stays small; but if you decide to fight it, then it swells from its small size and grows large.” – Aesop, Fables 534 (from Chambry 129)

Eris is a very slow moving planet (it entered Aries back in 1928 and as of the latest date in the Swiss Ephemeris of 2036 is will still be at 27 degrees Aries) and will be important to astrologers only for its placement in the birthchart rather than its effect by transit or current planetary cycles of the birthchart. However, other planets will aspect it and it will be interesting to see what effect in any those cycles will have. You can be sure that astrologers everywhere will be keeping a close eye on it! 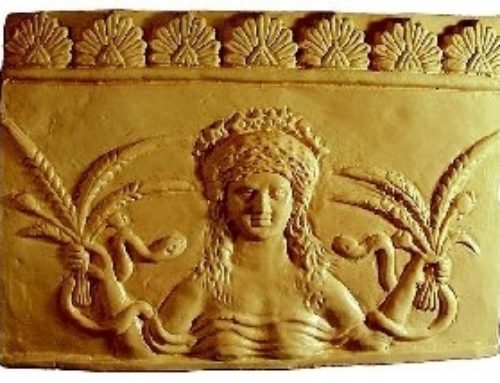