The Astrology of Grey’s Anatomy

The Astrology of Grey’s Anatomy 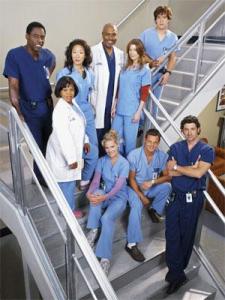 The twelve astrological signs represent twelve archetypes of personality, and representations of these archetypes can be found virtually everywhere. The television show Grey’s Anatomy, which I’m embarrassed to say I watch religiously each week and which premiered its second season last night, is no exception. Remember that the outward persona is really the ascendant, so the signs described here are more likely to be the ascendant, or rising sign, of the characters.

Aries – The Aries archetype is represented by Dr. Callie Torres, the strong female orthopedic surgeon who knows what she wants and isn’t afraid to get it. Like the Aries archetype, Callie is courageous, independent, and doesn’t really care about creature comforts. She relishes a challenge and isn’t afraid of losing. Typically the Aries woman craves a relationship with that rare man who is stronger and more powerful than she is, helping her to bring out her more feminine side. This leads me to suspect that Callie’s passion for George O’Malley is driven more because she sees that feminine aspect within him and she feels that she can be safe with him. This relationship is doomed to failure because it is not based on a true compatibility but instead on a desire to become something which one is not.

Taurus – Dr. Richard Webber is the Taurus at Seattle Grace. Taureans tend to be solid and reliable, patient and persistent. They don’t like change, and despite a torrid affair with Ellis Gray Dr. Webber remained with his wife Adele. Like most Taureans, Dr. Webber can be counted on to be calm and unruffled in the midst of the most terrible crisis and is slow to anger, but once his limit is reached is not easy to placate. He is stubborn like the bull he represents, and once he has made up his mind he cannot be cajoled to change it. He is a recovering alcoholic which is unusual for the Taurus nature which is not naturally addictive, leading me to speculate that there is a strong fire element in his chart with which he struggles daily. Fire seeks change and excitement, which Taurus tends to suppress and this can lead to psychological distress. We know that Dr. Webber is unwilling to really engage in his marriage, and has made the hospital his life and perhaps this is why.

Gemini – Dr. Derek Shepherd embodies the dual nature of the Gemini twins. He can be the twinkliest guy on the floor one day, and cold as ice the next. Gemini loves conversation and gossip, and Derek is always curious to know who is sleeping with whom, particularly where Meredith is concerned. After his wife (Addison) slept with his best friend, Derek left New York to join his friend Dr. Webber on the surgical team. Gemini is an adaptable sign and Derek adapted to his new life in Seattle without apparent difficulty. Immediately upon his arrival Derek pursued a relationship with Meredith, then when Addison came to find him in Seattle he agreed to try to work things out, but found himself in a typical Geminian quandary playing dual roles: husband by night and flirt by day.

Cancer – Those born under the sign of Cancer are ultra-sensitive and vulnerable, so they build a hard exterior shell to protect themselves. Dr. Miranda Bailey is our Cancer: she embodies the nurturing archetype of Cancer, putting the care of the patients before everything. She feels their pain deeply, which is why she will put up with no BS from her interns. The Cancer individual protects their loved ones with a power that can be frightening (they call her the “Nazi”), and Dr. Bailey uses that power to intimidate and inspire respect for the needs of the patients. Her passion for the patients is so strong that the birth of her own child during a hospital crisis created a desperate conflict between care of that child and care of the patients.

Leo – The mission for the Leo individual is to build confidence and celebrate one’s place in the world, and Izzie Stevens represents this archetype. A former model, she has worked very hard to become a surgeon and is still affected by the stigma of her trailer park background. However, she expresses the Leonine funloving nature – she is loyal like most Leos and given to dramatic displays of affection. Leos like to live in a way that is larger than life, and Izzie’s dramatic relationship with the dying Denny Duquette was certainly no exception. Her efforts to build up her sense of her self that Leo requires have so far been based on external situations; she needs now to learn to love herself for her own essential worth rather than what she can accomplish or who loves her.

Virgo – Dr. Addison Montgomery Shepherd is our Virgo, one of the most misunderstood signs of the zodiac. Although she is gorgeous, like most Virgo individuals she presents herself modestly and without affectation. She is brilliant with the analytical Virgo mind that is excellent with details. She seeks no accolades from the other doctors, preferring simply to do her job and do it well. She expresses the perfectionist Virgo traits in her training of the interns, with no patience for those who do sloppy work. She is pragmatic and works hard to improve her situation – including her marriage to Dr. Shepherd which she threatened by sleeping with his best friend. This is not something one would typically associate with the sign that is called “The Virgin,” but we all have moments where we do things out of character. Probably she was hit by a Uranus transit which caused her to do something reckless for a change.

Libra – Dr. Meredith Grey is the Libra, weighing and balancing every issue that comes her way; seeking relationships with others in order to stabilize herself. Libras find in relationships a mirror through which to learn more about themselves, and if they fail to understand this and continue seeking themselves through the mirror, they will never find themselves. Although she seems soft, she has the Libran “iron fist in the velvet glove” and like most Libras has an innate understanding of how to charm others to do what she wants them to. Because of their ability to see both sides of an issue, Meredith is the peacekeeper among the interns and sometimes with the patients as well. This skill, however, makes decision making difficult and now she is faced with a very difficult one.

Scorpio – Preston Burke has the passionate nature of the Scorpio. He does nothing halfway: from playing the saxaphone, to being the best cardiothorac surgeon in the country. Scorpios don’t like pussyfooting around emotional issues, and Burke is no exception. Scorpio is an emotional water sign, but it has a fiery component making the Scorpio individual an emotional warrior. Burke fearlessly walks into conflict and immediately senses the underlying issue that no one else wants to talk about, demonstrating the Scorpio ability to tap into the group subconscious. Scorpios want all or nothing, and Burke is not interested in casual relationships.

Sagittarius – Joe the bartender is surely the Sagittarian of the show. Typically philosophical, optimistic, with a desire to learn more about the world around him, Joe balances the other characters. Sagittarians tend towards an easy optimism, and even when Joe himself went in for surgery he was unfailingly positive about the situation.

Capricorn – Of course, Cristina Yang is our Capricorn, ambitious and striving to be free from emotion that could cloud her ability to achieve her goals. Capricorn is practical, disciplined and achievement-oriente
d, able to focus with great intensity on one’s goals. For Capricorn, success is not enough and there is always another mountain to climb and this is certainly true for Cristina. At their worst, Capricorns lack humor and can tend towards a pessimistic view of the world since their relentless ambition leaves them with little desire to have fun. Cristina’s intensity matches well with Burke’s, and his connection to his emotional world is helping her to unlock her heart and find the person that lies within.

Aquarius – Alex Kareve is the Aquarius of the surgical team. Aquarians march to their own drummer and like Alex, have little respect for rules that they don’t understand. Aquarians tend to be rather detached emotionally and can be insensitive to the sensitivities of others and Alex has demonstrated this numerous times. However, he has the Aquarian gift of inventiveness and innate knowledge that enabled him to perform a radically new surgical procedure (transplanting a bovine heart), although characteristically he did not seek permission first. His career goals include plastic surgery which will help him to achieve the idealistic Aquarian goals of beauty and perfection. Alex is a true Aquarian radical, and he will either become the most brilliant surgeon ever or he will be fired.

Pisces – George O’Malley, sensitive and sweet, with a gentle heart as big as all of Washington State – he is our Pisces. Pisces are adaptable and deeply romantic; they long for romantic connection but are not always very realistic. Pisces have such a deep sense of compassion and a desire to rescue that they often fall for lovers who are damaged in some way. George’s passion for Meredith Grey is based on this desire to rescue – he is painfully aware that she is in pain and longs to save her. His Pisces sensitivity means he is easily overwhelmed by those with a more aggressive nature, and though he is flattered by Callie’s attentions he is also afraid of the intensity. However, he feels a great affection for her, and if she can back off a bit he might be able to express the affection for her that she desires.