The astrology of Keith Olbermann’s suspension

The astrology of Keith Olbermann’s suspension 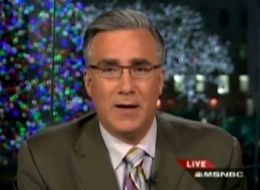 On Friday November 6th it was announced that MSNBC was suspending commentator Keith Olbermann indefinitely without pay for making political contributions to Democratic candidates in violation of NBC’s stated policy against making such contributions without prior approval.  In preventing its political commentators from donating to political candidates, MSNBC is attempting to draw a distinction between itself as a news organization and Fox News, which not only openly contributes to political candidates but hires them as commentators on their “news” programs which then become platforms from which these candidates can campaign. Update Monday November 8: Olbermann has been reinstated as of Tuesday this week.

Rachel Maddow, Olbermann’s protege at MSNBC, has said of the suspension:

“I understand the rule. I understand what it means to break it,” Maddow said on her show.

“I believe everyone should face the same treatment under that rule. I also personally believe that the point has been made and we should have Keith back hosting ‘Countdown.’
Read more here…

I have not been able to find any comments by Keith Olbermann himself on the subject, but he is certainly going through  some interesting planetary cycles at the moment.  I profiled Olbermann in this earlier article, but would like to repost some relevant passages from that original post that help to shed light on the current situation:

Mercury is in harmony (trine) with Mars in his chart which energizes (Mars) his thought process (Mercury) and gives him an ability to express powerful views without seeming overly aggressive. Mars is an independent planet, and in trine to Mercury it amplifies Keith’s independent (Mars) thinking (Mercury), adding to the radical tendency that his chart already shows with the Aquarian Sun opposite Uranus. However, Mars in his chart is in the conservative sign of Taurus, a sign that has a tendency to resist change. Mars in Taurus can be stubborn and unyielding, with a remarkable persistence and tenacity that can serve them well. This combination of earth signs helps to stabilize Keith and keep him from becoming a rebel without a cause – it also provides the grounding to keep him on track to achieve his goals. He famously left earlier jobs with ESPN and MSNBC after very public disputes with management, but this tenacity has helped him to continue his broadcasting career despite his need to do things his own way.

This is not a man who cares what others think, as long as it doesn’t interfere with his ambition. His chart lacks the water element that confers sensitivity to others, except for Jupiter which falls in the fiery water sign of Scorpio. Scorpio has the sensitivity of the other water signs, but it operates differently. In Scorpio there is an awareness of emotional undercurrents but without the compassion and empathy that Pisces and Cancer possess. Scorpio is more manipulative and more concerned with the reality of a situation than taking care of the needs of others. The sting of Scorpio is renowned, but there is also a depth of character here that no other sign engenders.

Mars in Keith’s chart opposes this Jupiter in Scorpio, expanding (Jupiter) his desires and aggressive instincts which often results in a reckless and insensitive personality. This is a very competitive placement, excellent for someone in the sports world. Keith has taken the competition of sports and injected it into the nightly news, particularly in his famous feud with Bill O’Reilly.

Mars and Jupiter both square a conjunction of Venus and Chiron, forming a stressful T-square in his chart. The combination of Venus and Chiron shows that relationships (Venus) are painful (Chiron) for Keith, probably due to a painful episode that happened early in his life. Stressful contacts to Venus tend to show damage to one’s sense of self and one’s value to others. With both Venus and Chiron in the rational sign of Aquarius Keith lacks the introspection that is required to venture into a difficult emotional healing process, and the square of Mars to this sensitive point in his chart explains his tendency towards rudeness to women that has offended even his most ardent fans.  [Because Venus rules over all kinds of relationships and not just those with the opposite sex, problematic Venus contacts suggest a difficulty getting along with others in the business environment as well as on a personal level.]

Network sources told the Politico website that Olbermann was suspended for refusing to issue a “mea culpa” on air.  Currently, the planet of rebellion and radical behavior (Uranus) has been transiting over Olbermann’s progressed Sun for the past eight months or so.  In nearly every job Olbermann has had, his Mars/Jupiter opposition has likely inspired him to resist authority, and  in a New Yorker article in June of 2008 he joked that [network head] Phil Griffin “thinks he’s my boss.”  With the pressure of Uranus to break free of restrictions breathing down his neck it would be even more difficult for him to kowtow to the authority of MSNBC executives.

Some sources suggest that Olbermann’s demise may have more to do with ratings than political contributions.  Olbermann’s $7 million dollar contract makes him the most expensive talking head at the network, and the ratings of Rachel Maddow and Lawrence O’Donnell are not far behind his (with Maddow’s ratings exceedings Olbermann’s in some demographics).  If Olbermann is sacrificed (Neptune) so that the colleagues (Venus) he brought in can take over, that would indeed be a painful betrayal (Chiron) that would fit right into the elements of his astrological chart.