The Astrology of Lost

The Astrology of Lost

All of the astrological signs are represented in the TV program Lost. Our astrological makeup is much more complex than just one astrological sign, but just for fun let’s take a look at these fascinating characters. Many of them are wounded souls on a healing journey, so we tend to see the shadow side of the signs but we can also see the direction they are headed in their evolution:

Aries – Sawyer is our Aries character. Primarily concerned with self-preservation, he is headstrong like the Ram and doesn’t work well in a group. Aries has to be a leader, and if he can’t be a leader he will want to operate alone. Sawyer originally set up his own camp and supplied himself with everything he would need. He is direct and not always tactful, and is not a good liar. He is passionate when stimulated, but can be cold as ice. As we see him begin to evolve we will see him take on more of the positive Aries characteristics: he may take on a greater leadership role in the group, and a possible relationship with Kate may soften his hard edges.

Taurus – we don’t know Mr. Eko very well yet, but he is a classic Taurus with his strong bull neck and deep rich voice. His comment “don’t confuse coincidence with fate” is representative of Taurus’s desire for a practical experience of reality, unfettered by confusion. Eko has in his brief appearance on the scene demonstrated the famous stubborn quality of Taurus and also the ability to remain calm and unruffled during a crisis. He makes decisions deliberately and is not impetuous, but once he’s decided on a course of action it will be impossible to change his mind.

Gemini – Moving like quicksilver, darting from here to there and with a youthful look and demeanor, Kate is our Gemini. Gemini is the twins, and there are always two personalities: one light and one dark. Kate is the unhappy girl who has murdered at least two people that we know of, yet she has a smile as bright and sunny as a spring morning. Geminis are impatient and versatile, they can dig a ditch and sing in a choir and the next minute they are cooking a ten course meal. But they have a tendency to hide from themselves–rather, the dark side and the light side will hide from each other. The quest for Gemini is to integrate and become a whole individual and this is Kate’s challenge.

Cancer – Sun may be our Cancerian. Devoted to her family and husband, she is a homebody and doesn’t like to stray far from her camp. We often find her in the garden, where she creates herbal mixtures to help cure the ailments of her fellow castaways. Cancer is the nurturer, the keeper of family histories, the geneaologist. Like the crab, they are shy with a soft and vulnerable inner shell that they seek to protect. In the past she sacrificed herself for the sake of her father and her husband. We are beginning to see her come into her own and begin to nurture herself as well.

Leo – Charlie embodies many traits that we associate with Leo. Seeking to express himself creatively with his music, he has a sunny disposition and is generally available to be helpful to the castaways. Leo longs to be admired and respected, and Charlie lives in the past when he basked in the adulation of his groupies and fans. He cares for Claire’s child, but demands recognition for his abilities. The challenge for Leo is to begin to do good works for their sake and begin to let go of the egocentric desire for fame. However, like Charlie, Leos have big hearts and demonstrate kindness, and can always be counted on in an emergency.

Virgo – Meticulous, cautious and adept with machinery, Sayid is our Virgo. Virgos are famously perfectionists, and their detail-oriented natures make them excellent travel companions. They always have just the right tools for the job, and if they don’t they can improvise with items they find on the beach. Like Sayid, Virgos seek to help others and must have a job to do. They make excellent employees and are loyal to a fault, which will explain how Sayid could perform the tasks required of him in the Iraqi Republican Guard. They are not good at relaxing or vacations because something always needs to be done, and on the island Sayid rarely takes a break from the task of finding someone to rescue the castaways. In romance, a Virgo will often seek out a partner who needs their help; Sayid was the only one to see past Shannon’s self-centered exterior into her wounded center.

Libra – The departed Boone was our Libra. We didn’t get to know him very well, and this is a characteristic of Libra. Libra is focused on the “other,” and often loses the self in the process. Boone’s focus was on pleasing those around him – what did Shannon need from him? What did Locke need? Libra is the Scales, and in seeking the famous Libra balance, they often tip from one end of the scale to the other in the effort to strike a balance and achieve personal harmony. Libras are focused on partnerships, and you will rarely find them alone. At the end of his life, with Locke’s assistance, his Libra challenge was to balance his need to please those around him with a new strength in caring for himself.

Scorpio – Michael is our Scorpio. Passionate and emotional, he embodies the fiery water of the Scorpio man. Scorpio doesn’t flinch from intense emotions, and doesn’t really care what others think. The intensity of their nature can be off-putting, but they make the best and most loyal friends and lovers. They have a smoldering sensuality that is very attractive to women as we saw with Sun’s potential attraction to Michael. Scorpios can be strict disciplinarians as they have a tremendous respect for power and want to instill that in our children. Michael’s challenge will be to channel his frustration into a sense of empowerment, and begin to learn to let go and trust that life will take care of him.

Sagittarius – With her sunny disposition, Claire is our Sagittarian. Sagittarians are warm, generally optimistic, and typically liked by everyone. They generally have a great trust in life, unlike Scorpios, and this can make them naive in the face of danger. They typically dislike confrontation and prefer to approach life from a more superficial viewpoint, which can create problems as they ignore signals that warn of danger. Claire has great trust in Charlie, but may tend to prefer to remain unaware of some of the traits that have been bothering her about him.

Capricorn – Hard-working Jack is our Capricorn. Capricorns tend to be serious and focused on a goal, they seek to build something lasting in the world and make their mark on society. Capricorn is ruled by Saturn which often represents the father, and Jack’s complex relationship with his father makes him want to both please his father and surpass him. Capricorn privately yearns for joy, for happiness, but he is relentlessly driven from within and tends to feel responsible for everything and everyone. Jack takes his role as patriarch seriously, and rarely lets his secret desire for a personal life get in the way. His challenge in the healing process will be to learn to accept himself for who he is rather than what he can accomplish.

Aquarius – The Aquarian embrace of oddity is embodied in John Locke. Aquarians seek a change to the status quo; they are not content to live life the way it’s been lived before. The mystery of the island is not terrifying to Locke, he welcomes the opportunity to become transformed and sees more than anyone the healing properties that the island offers. He dislikes the hierarchy of power that puts Jack at th
e top rung of the ladder, and like all Aquarians prefers equality and brotherhood to a rigid social structure. “I love mankind, it’s people I can’t stand” is a common feeling among Aquarians. However, his ability to stand alone and allow himself to be transformed serves as a catalyst for the entire group of characters.

Pisces – Hurley is our Pisces, the Fish. Pisces is a chameleon, like water, they take the shape of the container they find themselves in. They are supremely adaptable to all situations. Like Hurley, who faced with endless days of boredom created a golf course. It is easy for Pisces people to slip into an unconscious approach to living their life, and this can often bring a string of bad luck and as we saw. Hurley’s winning of the lottery brought him nothing but misfortune. Pisces is creative, imaginative and romantic, and their challenge is to keep both feet on the grounds while they live in the clouds. Life on the Lost Island is teaching Hurley to do just that. 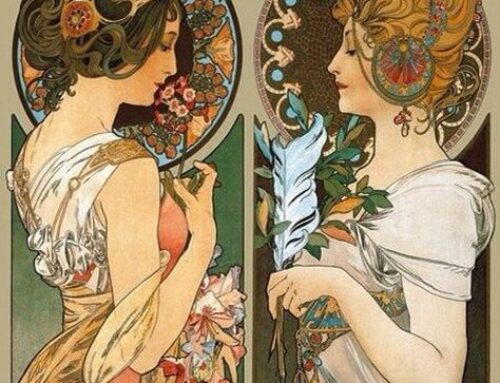