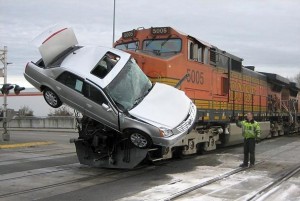 Although the exact alignment between Jupiter and Pluto did not culminate until yesterday, the two great gods in the sky have been approaching each other for the past few weeks.

Jupiter is the King of the Gods and inspires expansive confidence and a righteous adherence to the belief systems which we hold dear.  I often get the feeling that Pluto laughs at the idea that Jupiter considers himself the King, since Pluto holds the key to life and death itself.  I suppose it’s because the father of Jupiter and Pluto, that nasty Saturn, ate all his children and only Jupiter escaped and managed to save the rest.

At any rate, as I wrote last week:  With Jupiter opposing Pluto we will likely see conflict between the small truths and the bigger Truths that underlie the very fabric of reality.  Jupiterian truths are like theologies – your truth may be different from mine.  Your politics may be different from mine.  But Truth is a reality that cannot change from one person to the next.

Over the past ten days or so that Jupiter and Pluto have been moving into alignment, the planet Mars was also involved.  Mars represents anger, haste, desire, impulsive behavior – it’s inclusion into the larger cycle has created some inflammatory situations across the globe.  Here are just a few:

Mars is moving out of range of the Jupiter/Pluto alignment so things should settle down somewhat.  Meanwhile, Jupiter in Cancer is in a harmonious trine to Neptune in Pisces, as well as to Saturn in Scorpio as part of the Grand Trine alignment, so the tendency towards bloviastic (is that a word??) behavior will be toned down and a greater sensitivity underlies all of our endeavors now.