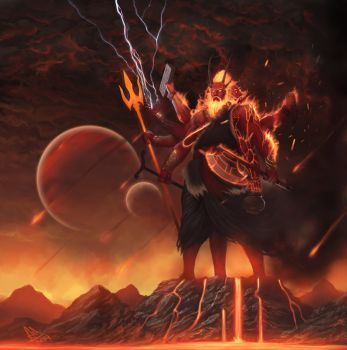 art by Molee on Deviant Art

For the past month or so, Mars has been traveling through Leo in close connection to both Saturn and Uranus, translating the challenging square between them which is the story of 2021.  The energies of Saturn = control and repression vs Uranus = radical change and rebellion are evident everywhere in 2021, from the attempted overthrow of governments to the riots over mask policies.  The addition of Mars in Leo, acting as double fire since Mars is a fire planet, didn’t really help matters. Wildfire season came early to the American West, and record breaking heatwaves spread across western Canada and the Northwest of the US as well as elsewhere in the world.  A gas pipeline in the Gulf of Mexico set the waters on fire.  It’s not been an easy summer although it doesn’t compare with 2020 when we had seven planets retrograde for months.

In any case, Mars left Leo for Virgo late yesterday, and that should cool things off a bit and help us to find more stability in our life especially later today when the Moon shifts from fiery Aries to grounded Taurus for a couple of days.  When the desire and motivation of Mars meets the organizational capacity of Virgo, we can accomplish great things.  We have been short on Earth energy recently, and with both Mars and Venus in Virgo we will be better able to attend to the small details of life that give us a sense of security. More importantly, because Virgo is a modest sign that does not relish conflict and instead prefers that life operate smoothly with all details locked in place, this may help to resolve some of the contentious battles happening right now.  Virgo does tend to worry, so there is some potential that under Mars in Virgo we may become overly obsessed with fitting the details together and miss the greater picture.  Still, Mars will be pretty happy in Virgo until early September when it begins to oppose Neptune, but that is a story for another time! ❤️