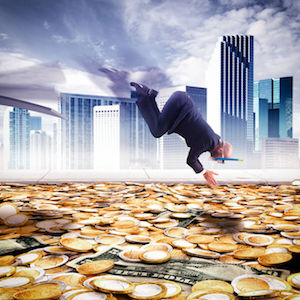 Uranus has been in Aries for the past seven years and you can read more about that here. While in Aries, the sign of aggression, Uranus oversaw the splintering of governments into small bands of revolutionaries and the proliferation of gun violence around the world. Under Venus-ruled Taurus, the force of aggression we have seen over the past seven years is likely to calm down somewhat, but there will be a pulling in and contracting of spending and a corresponding recession. This is not a time for financial speculation or risk taking, at least until we see exactly what kinds of energies we are looking at which will be clearer when Uranus retrogrades back into Aries at the end of this year.

Taurus is the earthiest of the earth signs, and I like to think of it being ruled by the Earth itself.  Under the rubric of Taurus we find gardens, soil, physical comfort and pleasure, sensuality and fine fabrics, the pleasure of food (not cooking and feeding which falls under Cancer).  Under Pluto in Capricorn we are seeing the decay and destruction of man made infrastructure which is the area over which Capricorn presides.  Uranus in Taurus could bring significant seismic shifts and earth changes such as the eruption of volcanoes and earth changes.

Taurus is also associated with material security and the comfort of wealth, and Uranus in Taurus could create some major changes in the way wealth is distributed around the world.  Uranus is after all a revolutionary, and we could see something radical occur that would change the pattern of increasing disparity of wealth that has been the hallmark of Pluto in Capricorn which tends to consolidate power into the hands of the few.  We are likely to also see radical changes in the way money is handled, including the proliferation of cryptocurrencies (which is already underway) and perhaps the breakdown of our currency systems.

Uranus was last in Taurus roughly between 1935 and 1942.  This occurred in the midst of the Great Depression (which is a whole other astrological story with Pluto transiting the Sun of the US chart) and the Social Security Act was signed into law in 1935 just as Uranus entered Taurus for the first time, followed by other New Deal programs over the next couple of years. The 1930s were fraught with financial panics and credit defaults.

Uranus is inventive and innovative, and in its association with fabrics and textiles, the passage of Uranus has presided over inventions which changed our clothing forever as astrologer Patrick Watson reveals here.

In its relentless push for radical change, Uranus can sometimes be associated with deprivation and in Taurus there is potential for increasing food insecurity around the world as well as hot and dry weather. 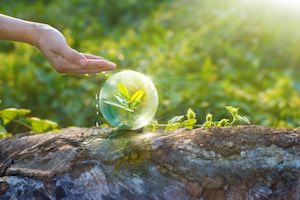 In our personal lives, Uranus in Taurus will ask that we re-evaluate our relationship to our belongings, and re-examine our values regarding our earthly possessions and wealth.  Under Taurus we discover the great joy in the small comforts of human life, and this period is an excellent time to take inventory of the assets we have accumulated and decide which are bringing real joy and which are creating needless complications.  Uranus seeks to liberate us and has the potential to create sudden change, so if we are mindlessly grasping for material things we may experience a disruption. This can be experienced negatively as loss, or more positively as liberation and freedom to pursue a different path.

While Uranus in Taurus will have a global effect, those of us with planets in the fixed signs (Taurus, Scorpio, Leo, Aquarius) will be most affected by this planetary cycle and could find it more difficult when Uranus comes close to these planets in our individual charts.

We can prepare for this planetary cycle proactively by evaluating our relationship to our assets, our comforts, our pleasures, and our planet:

Of course I’ll be writing more about this cycle as time goes by.  Meanwhile ask your questions in the comments or on Facebook!

Here are the dates for the Uranus passage through Taurus (Eastern time zone):