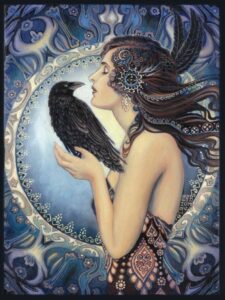 Venus usually slips through our lives like a whisper, and we barely experience her transits.  Her influence is usually soft and encouraging and I often say that we only really take notice when we experience discomfort of some kind.  Even the challenging transits of Venus are benign, offering us only an opportunity to indulge in greater indulgence.  Venus is currently at the end of Capricorn and has been in a challenging conjunction to Pluto for the past week or so.  In Capricorn, everything we do takes on a more somber flavor and when we’re talking about Venus that includes our approach to aesthetics and everything we hold dear in addition to relationships.  As the goddess of love and beauty, she bestows an attractive power and grace, but that attractive power draws more than love.  It can also be a magnet for financial wealth and personal possessions so in that way, Venus is said to rule our values and the things that we love as well as the people. Venus also rules our ability to love and relate to our self, and the kind of talents and personal resources that we possess as well as the material possessions. 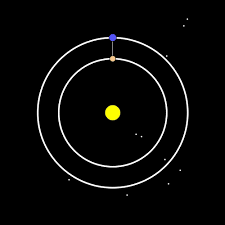 Venus turns retrograde every 18 months or so and over time it forms a beautiful pentagram design like an unfolding rose.  Astrologer David Crook explains:  “Venus orbits the sun once every 224.7 days, while the Earth every 365.25 days. The ratio of these two periods is 0.615, or about 8 to 13. Since the difference between 8 & 13 is 5, the path of Venus has a five-fold symmetry relative to Earth = The Rose of Venus/Pentagram of Venus.”

Like all retrograde cycles, the Venus retrograde gives us an opportunity to reassess our values and the things and people to which we would like to remain attached.  This is especially true in Capricorn where we tend to see Venusian matters through the Capricornian lens of pragmatism and effectiveness.

The current retrograde cycle begins with Venus in a conjunction to Pluto, which has been intensifying not only relationships but our values since the beginning of December – the first exact aspect was December 11th but because Venus has been virtually stationary as it prepares to change direction, this aspect to Pluto has been tight for the past two weeks.  The second conjunction will take place on December 25 with Venus retrograde, and then Venus will begin to retrograde away from the conjunction to Pluto.

The final alignment will not occur until March 3, 2022, well after Venus turns direct at the end of January.  This is a critical time to be cautious with finances and respectful of our relationships, as with Pluto there may be land mines in both areas of our lives.  The presence of Pluto in this retrograde period also suggests that relationships of all kinds could be challenged if they do not align with our highest potential.  Pluto intensifies everything in our life, but it also helps to guide us along a path that may be unexpected with surprising benefits.  Under Pluto’s auspices we can be broken down to our core, but Pluto also provides the guide to rebuild and emerge with greater personal wisdom and empowerment.