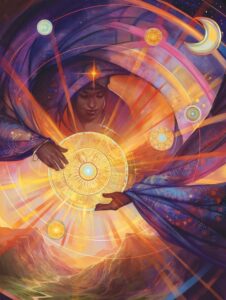 I found this article quite interesting:

What is the 21st century going to be about? If you had asked me 20 years ago, on, say, Sept. 10, 2001, I would have had a clear answer: advancing liberalism. After the fall of the Berlin Wall, the end of apartheid, Deng Xiaoping’s reforms in China, a set of values seemed to be on the march — democracy, capitalism, egalitarianism, individual freedom.

Then over the ensuing decades, democracy’s spread was halted and then reversed. Authoritarians in China, Central and Eastern Europe and beyond wielded power. We settled into the now familiar contest between democratic liberalism and authoritarianism.

But over the last several years something interesting happened: Authoritarians found God. They used religious symbols as nationalist identity markers and rallying cries. They unified the masses behind them by whipping up perpetual culture wars. They reframed the global debate: It was no longer between democracy and dictatorship; it was between the moral decadence of Western elites and traditional values and superior spirituality of the good normal people in their own homelands.

The 21st century is turning into an era of globe-spanning holy wars at a time when the appeal of actual religion seems to be on the wane.

read more here…  In the mid 20th century, which we might argue was the beginning of the shift from the Age of Pisces to the Age of Aquarius, the push for liberal change was powerful and frightening to many who did not want to see that kind of change.  The fall of the Berlin Wall.  Increased rights for women.  An attempt to expand the rights of minorities.  The Age of Aquarius will be an age of Reason – the blind belief of Piscean religion will have no place there, for better or worse.  (Of course that means the magic of Piscean mysticism may also fall by the wayside, but that’s a story for another time.)  So why are autocratic leaders using religion to promote their agendas?

This move towards traditionalism encompasses a dislike of the “other” – the ones who do not believe, who look different, who have different cultures and values.  The exact people who are the representatives of the Aquarian future.  This is no less than a war between the dying Age of Pisces and the new Age of Aquarius and it is especially true in 2021 and 2022 when the two rulers of Aquarius, Saturn and Uranus, are locked in a conflict in the sky.

Those of us who are caught in between have to find new ways to regain our center.  We do not have to be caught in this battle.  We can, and must, build a new future based on the best of the past even as it is falling away, while keeping an open mind to the new world that is being created every moment. By focusing on uniting rather than dividing, we may be able to stem some of the tide towards disruption and instead turn the balance towards creative renewal.