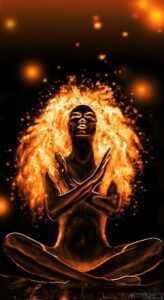 This article was originally written by me in 2006 and is reposted with minor modifications.

Not everyone with strong Pluto aspects in the chart experiences the kind of dramatic abuse present in this client’s life, and we can only speculate as to why some people have this vivid a representation of Pluto in the life and others don’t. In the 16 years since I originally wrote this post I have had other clients with similar charts who have not suffered to the same degree as Sylvia did. An astrological symbol in the chart will manifest differently for different individuals, and I believe this is likely caused by the type of lessons that we have chosen for this lifetime. Still, wherever we find a strong Pluto in the chart, we find a theme of learning self-protection and ultimate empowerment.

Pluto is conjunct Sylvia’s ascendant (persona and identity) within one degree, exactly opposite Venus (relating to others and love of self) which is therefore conjunct the descendant (cusp of the seventh house of partnership). Any planet on the ascendant (rising) expresses itself through the personality, and Pluto rising often is a person who is intimidating and can be a bit of a bully. However, when two planets are opposite (180 degrees) each other, often the individual will express the energy of the planet at one end but project the other planet onto others in her life. This is particularly true when we are dealing with two planets in opposition that fall on the ascendant/descendant axis of personal identity/relationship identity.

Sylvia was born into a family of violence. Her father beat her on a regular basis, blaming her for deserving it. She grew up in fear for her life as her father, embodying Pluto on the identity axis, annihilated her sense of Self. Her Venus is on the cusp of the seventh house, making her extremely attractive and desirable and she easily escaped her home life by marrying at a very young age. Unfortunately, she attracted the exact dynamic in this relationship, this time from her husband. She escaped again from this marriage and since then has worked hard to learn from her experiences and make choices that will empower her in ways that she never knew possible.

Saturn, that Celestial Taskmaster, squares Chiron (wounding and healing) in her chart which has throughout her life forced her to confront her pain and learn its lessons and the Grand Trine in air signs (the ultimate harmonious chart dynamic) has been a tool through which she can process her experiences and learn from them. (Oprah Winfrey also has a Grand Trine in air signs.)

Now, in midlife, Sylvia is a woman with a strong resolve and a great deal of personal power, although she is still working on facing her fears. Her chart is a good representation for the Plutonic dynamics of fear, violence and ultimate empowerment which is why I thought it would be useful to share. ❤️