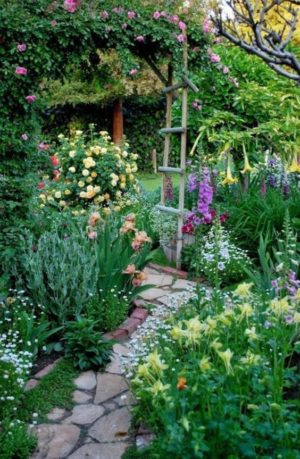 The New Moon in Taurus arrives on April 22 at 22:25 Eastern time, and early in the morning April 23rd in Europe. Moon in Taurus is an opportunity to find your grounding space, to connect with the earth and the pleasures that are available to humans in a physical body.  In the midst of the stress of our current times, the Taurus New Moon can offer a welcome respite to the worry and anxiety that we find all around us.  New Moons are usually excellent times to begin new projects; in Taurus these new projects will want to satisfy the Taurean longing for beauty in life as well as in possessions and property. The Taurus New Moon centers our focus on abundance and prosperity – fertility and fecundity are emphasized now.  Fortunately, Taurus instills a desire to bloom where we are planted which is helpful since we can’t go anywhere right now!

The New Moon chart includes a conjunction of both the Sun and Moon to Uranus, the transformational outer planet which inspires us to break out of our ruts and routines and create innovation and independence from the past.  The peaceful solidity of Taurus isn’t that comfortable with the electrical insistence on Uranus for a radical change that turns our lives upside down, so this could be a bit problematic as we learn how to find comfort in stillness (Taurus) while facing the need for a radical shift in our lives (Uranus).  Making this more difficult is a challenging square from Saturn, planet of restriction and planning.  Uranus is sending out a call for a radical change, but Saturn is tying us up in lockdown and requiring that we build new structures before we explode into a radical new world.

The New Moon “translates” the square between Saturn and Uranus which won’t align completely until 2021, offering a hint of what is to come.  After living with Saturn and Pluto for a year or so, I’m not too worried about the Saturn/Uranus square which will almost certainly bring a radical change (Uranus) that up-ends the world upon which we have come to depend (Saturn),  but since we’re already in the popcorn popper of uncertainty we’ll be ready for something a little more definite to occur by then.  Optimistic Jupiter will be in early Aquarius in January when this new cycle begins, and will form an alliance with Saturn which let’s face it, can be somewhat negative in the face of challenge.  The two will face off against Uranus, but Jupiter is a natural ally to Uranus – these are the two freedom and liberation planets.  Jupiter, a personal planet, deals with independence and expansion of the personality whereas Uranus, a transpersonal outer planet, inspires and transforms through breaking free of restriction.  But there is a natural affinity between these two planets which will help to soften the challenge of Saturn.

Meanwhile though, this New Moon offers an opportunity to find a way to build a bridge between our present life, which may be required to change completely due to the virus situation, and a life which is better suited for the post-Covid era.  As we live through the end of the transit of Pluto (destruction and regeneration) through Capricorn (structures of society), the things upon which we have depended may no longer serve us and instead, a new reality will be born out of the ashes.  Meanwhile, Taurus teaches us that life on planet Earth is filled with an abundance of gifts, and at this New Moon we have the opportunity to experience these blessings in new and wondrous ways.