The upcoming Uranus/Pluto square: A history lesson for a new beginning

The upcoming Uranus/Pluto square: A history lesson for a new beginning 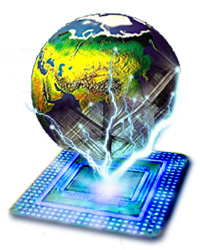 Reality Sandwich is a very interesting webzine with a fascinating array of opinions and news, including this essay on the necessity to use the breakdown of the current economic system to recreate something that is more easily adaptable to our future world.  As many of us know Pluto, the planet of death and regeneration, has just entered Capricorn, sign of political and corporate structures, monetary systems, etc.  The breakdown that is occurring now serves a purpose: to eliminate the old systems that are no longer working in order to make way for something that will better serve us and facilitate the continuing evolution of humanity.

While exploring shamanism and non-ordinary states, I discovered the power of intention. According to the artist Ian Lungold, who lectured brilliantly about the Mayan Calendar before his untimely death a few years ago, the Maya believe that your intention is as essential to your ability to navigate reality as your position in time and space. If you don’t know your intention, or if you are operating with the wrong intentions, you are always lost, and can only get more dissolute. …

Over the last decades, the international financial elite manipulated the markets to create obscene rewards for themselves at the expense of poor and middle class people across the world. Using devious derivatives, cunning CDOS, and other trickery, they siphoned off ever-larger portions of the surplus value created by the producers of real goods and services, contriving a debt-based economy that had to fall apart. Their own greed — such a meager, dull intent — has now blown up in their faces, annihilating, in slow motion, the corrupt system built to serve them.

Opportunities such as this one don’t come along very often and should be seized once they appear. When the edifice of mainstream society suddenly collapses, as is happening now, it is a fantastic time for artists, visionaries, mad scientists and seers to step forward and present a well-defined alternative. What is required, in my opinion, is not some moderate proposal or incremental change, but a complete shift in values and goals, making a polar reversal of our society’s basic paradigm. If our consumer-based, materialism-driven model of society is dissolving, what can we offer in its place? Why not begin with the most elevated intentions? Why not offer the most imaginatively fabulous systemic redesign?

My sentiments exactly!!  This reflects the astrological climate, particularly as Uranus (sign of innovation and revolution) moves into position to form a challenging aspect (square) to Pluto. Uranus/Pluto cycles are associated with cultural upheaval and change, such as the dramatic changes of the 1960s when Uranus made a conjunction to Pluto in Virgo and set off a string of battles for liberation (Uranus) and the overturning of the status quo in government and society.

The last square of Uranus to Pluto occurred back in the early 1930s, approaching the exact alignment in 1931 but not fully entering the square until April of 1932.  1932 marked the lowest point of the Dow Jones Industrial Average, occurring several years after the market crash of 1929.  The German bank failures of 1931 paved the way for Adolf Hitler to emerge from obscurity and run for Chancellor in 1933.  1931 and 1932 also marked the acceleration of  tensions between China and Japan when Japan invaded Manchuria.

Hunger marches in Britain and the US 1932 were a symbol of the growing frustration (Uranus) with the status quo (Pluto).  This social unrest led to more social legislation being passed in the US than at any other times in the nation’s history, including the Social Security Act.

We can see that the breakdown of that Uranus/Pluto phase paved the way for a new wave of political and social structures, as well as laying the groundwork for the next World War.  Much of this change was reactive rather than proactive, for this is to a large extent how societies react to crisis.

As astrologers we are given a glimpse into the underlying dynamics of a given event, which provides clues for the most successful way to handle a particular cycle.  The square of Uranus to Pluto will begin in the summer of 2010 when Uranus enters Aries, and the clearer our intention for transformation that we want to occur during this cycle, the more productive and bveneficial this shedding of the past and moving into the future will be.