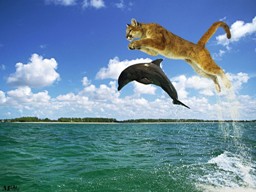 Astrologer D.K. Brainard has a beautiful post about the oil spill in the Gulf, the extent of which is still unknown but appears to be spreading at alarming rates.  D.K. writes:

In her 1980 book The Aquarian Conspiracy, Marilyn Ferguson noted that a funny thing happened on the way to the revolution of the 1960s. Frustrated by the lack of real change resulting from marching in the streets, confronting the authorities and inciting young people to rebel against “the System,” many of the leaders of the 1960s counterculture eventually dropped out of the movement.

But they didn’t give up on their ideals, Ferguson argued. Instead, they did something even more radical. Rather than continuing to struggle in the world of effects, they turned inward to find – and attempt to heal – the evils afflicting their world. They turned on to meditation, yoga, nonviolent communication, holistic medicine, organic farming, and so many of the other spiritual practices that have become almost commonplace in forty short years.

The oil still gushing from deep beneath the sea off the Louisiana coast threatens to become the major man-caused environmental disaster of our lifetime. It demands a creative response from us, something better than blame, resentment, despair or hopelessness. We are now squarely in the zone of the Saturn-Uranus-Pluto “Cardinal Climax” of 2010. We knew the world would be galvanized by something; it appears we are being galvanized by the world itself – as Mother Earth erupts for the second time in less than a month.

Pluto represents the archetypal realms of the soul, both the individual soul and the world soul, and when dark clouds of volcanic material start spewing up from the depths of the Earth, we can be sure this is a signal to us to look inside our own psyches. “As above, so below,” runs the Hermetic axiom, and Pluto astrology commands us to look within ourselves for the cause of the malaise we see in the outer world.

I was a college student in the late 1960s (well, 1969-1974) and remember that fervor that inspired us to take to the streets and the frustration that Ferguson talks about.  This occurred under the Uranus/Pluto conjunction which inspired that revolutionary inspiration (Uranus) to “take back the power” (Pluto).

No matter how desperately we want to cling to the status quo and a sense of normalcy, we can’t deny that periods of crisis stimulate creative intelligence from the center of our beings that generate responses to that crisis which can effect real change and ultimate healing.

Use this incredible energy to re-commit to living creatively. Because we won’t heal the planet by projecting our own Shadows onto the “evildoers” or the oil-guzzlers or the other bad people. We will only heal the planet by healing ourselves – consciously releasing the guilt, shame, fear and other negative emotions, and intentionally reclaiming our creative birthright.