The US Seventh House of Enemies

The US Seventh House of Enemies 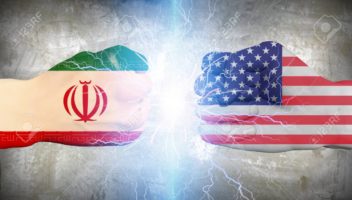 Nations have astrological charts, and although usually there is a great deal of debate over which chart to use for a particular nation, the chart commonly accepted by most astrologers, and the one that I use, is the Sibley chart of July 4, 1776 at 5:10 pm, Philadelphia, with Sagittarius rising.  In this chart, the Sun – the primary driver of the personality in both individuals and in mundane charts of nations – is in the seventh house.

We think today of the seventh house as being the house of marriage and partnership, but traditionally it is also the place where “open enemies” can be found.  When the Sun is in the seventh house, we tend to define ourselves through our partnerships and observe ourselves through the eyes of the “other.”  This is certainly true of the United States the very existence of which originated in a war for independence, a separation of the US from the “other” – the parent country England.  (Saturn, the planet of tests and challenges, lives in the tenth house of the Sibley chart which in the chart of an individual often represents the parent as well as the expression of the entity in the outer world, reflecting a difficult separation from the parent country.)

The United States has always defined itself through the idea of an enemy.  The Cancerian Sun is oriented towards the idea of tribal loyalty and affiliation, and in the seventh house the tribe organizes against the enemy.  Originally of course this enemy against whom all citizens joined together was England.  After the Revolutionary War, settlers and citizens of the new Republic went to war against the native Americans and THEY became the enemy until the Mexican American war, at which time Mexico became the enemy.  This was quickly followed by the hostilities which led to a fracturing of the nation and the Civil War in 1860-1865 when the other side was seen as the enemy.

In the 20th century the Enemy took on a larger and more ideological role – a behemoth of an idea that the country could rally against.  Fascism.  Communism.  Terrorism.  The enemies of Freedom.  It’s currently a little confusing to see who the Enemy is.  Is Russia an enemy, or an ally?  It depends who you ask.  What about China?  Oh look, there’s Iran – let’s make Iran the enemy and take the spotlight off of North Korea.  If you’re a Democrat, Republicans are the enemy.  If you’re a Republican, Democrats are the enemy.  When only two political parties exist, it becomes easier to make enemies out of them.

The problem with focusing all of our energy into the seventh house, whether we are looking at the chart of an individual or of a nation, is that we lose sight of our personal identity and who we are, the purview of the first house.  Currently the US has troops stationed in more than 150 countries around the world.  It seems evident to me that putting more attention into propping up the country would be a better strategy than looking everywhere for enemies that may or may not exist.