This Full Moon is a Supermoon

This Full Moon is a Supermoon 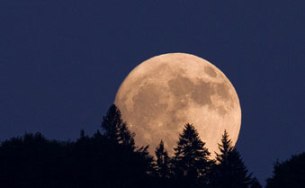 The Full Moon on January 30st will be a very interesting event – so interesting that it’s getting its own radio show entitled “Fire and the Full Moon.”  It’s not only a powerful Moon astrologically, but it’s at perigee, meaning it’s at its closest proximity to the Earth.  This is why it is so big and beautiful, but it’s also more powerful now.  Spaceweather says it’s the biggest Full Moon of the year, and astrologer Richard Nolle, who coined the term “Supermoon” as far as I can tell, predicts “an increase in coastal flooding due to higher than usual tides, a gaggle of strong storms with high winds and heavy precipitation (triggering inland flooding), and of course an up-tick in moderate to severe seismic activity (including magnitude 5+ earthquakes as well as volcanic eruptions).”

This Full Moon will stoke the fires of our inner aggression and challenge us to direct that fire wisely. The Moon is in the fire sign of Leo – the sign of expressing the Ego and expansion of the Self. The Leo Moon conjoins Mars, also in Leo, and opposes the Sun and Venus which are both in the impersonal (or transpersonal) sign of Aquarius.

The theme of this Full Moon is that of balancing the shadow of the inner fire for self-direction with the solar conscious principle of fairness and justice for all. This balance is not easy to achieve, but we have in the chart of this Full Moon the additional aid of a harmonious sextile between Pluto (transformation) and Jupiter (philosophy and Truth). We are certainly aware that our personal desires (Moon/Mars) are conflicting with what we know to be necessary in order to achieve harmony in our life (Sun/Venus), but we are inspired to seek the ultimate Truth (Jupiter) so that we can let go of the past and shed the old ways that don’t serve us (Pluto).

The chart for this Full Moon also shows the conjunction of Chiron and Neptune which is extremely tight now, within a half of a degree. The opening of the heart and the soul and the flood of outpouring of emotion that can result is more and more intense at this time. This aspect will culminate in February, but its influence begins with this Full Moon.

The gentle guidance of Pluto and Jupiter is offset by the intensity of the Saturn/Pluto square which is only six minutes from exactitude. This combination is rather like the influence a teacher who is gentle in his strong guidance, but who when crossed reveals a formidable temper. Any attempt to deviate from the lesson required by this Full Moon will be met with challenge and the potential for self-destruction. Serious focus is demanded here, but much will be given in return.