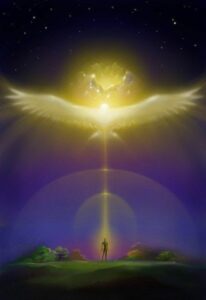 The debate between the Sidereal and Tropical systems has been raging for hundreds of years and I have no interest in entering that particular fray today! It has been my experience that in personal readings the Tropical system is more accurate. But nevertheless, I’d like to address this idea that the upcoming triple conjunction will make July ” a very pivotal month of enormous, sudden and explosive events that will trigger tremendous changes. The astrological-historical patterns strongly suggest this could culminate into a modern Civil War not just in America but around the whole world.”

I would argue that this is already well underway, and has been since the Saturn/Pluto conjunction of January 2020 and the other astrological events of 2020 (repression), exacerbated by the Saturn/Uranus square of 2021 (revolution) and the end of Pluto in Capricorn (collapse of leadership structures).

Ms. Patry offers reasoning that the last time the triple conjunction occurred in the Sidereal zodiac was May of 1855 when a contested election in Kansas between pro and anti slavery factions created tensions in the lead-up to the Civil War. However, this fracas was one of many in the 15 years before the war.

Mars is a fast moving planet and its aspects to other planets typically last for a few days. While it’s true that it can activate a larger cycle, or re-activate a dormant cycle, it typically does not in itself produce the kind of planetary energies that can bring about major wars and societal change.

That said, as you will read in next Monday’s forecast, the alignment of Mars to Uranus will begin to tighten on Monday with the exact aspect taking place the following Monday August 1st. In Taurus Mars is fiery but stubborn, and will trigger the reactivity of Uranus to foment rebellion and resistance to obligation and conformity. I see the presence of the North Node in this conjunction as a positive factor – the South Node will often hold us back and bring up old habit patterns which keep us from growing, but the North Node guides us gently towards the highest expression of the personality. Under this influence you may gain the confidence to make a long-needed change, and it would be a good idea to remain open to ideas that shake up the current status quo.

The day to watch is Friday July 29th when the Leo New Moon sets off the triple conjunction of Mars, Uranus and the North Node.  A T-square from Mercury and Saturn to the triple conjunction is embedded in that New Moon chart (you’ll read more about that next week) and there will be some resistance to all of this liberation energy which could be problematic. It doesn’t help that all of these planets are in fixed signs which resist change and tend to remain stuck until an explosion of some kind breaks up the blocked energies to bring a lasting evolution.

If like me you have planets between 15-22 degrees of the fixed signs (Leo, Aquarius, Taurus, Scorpio) you will be particularly affected by this. The best way to navigate this sort of thing is to remain open to change and keep an open mind. Trust that the North Node will carry you through towards the optimum destiny.