Thoughts on Pluto as it retrogrades today

Thoughts on Pluto as it retrogrades today 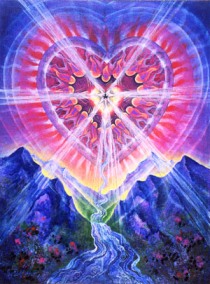 Art by Willow Arlenea. Pluto has been slowing down for the past month or so in preparation for making its station, and we have seen a dramatic increase of violent acts including several mass murders during that period, particularly around the time of the New Moon in Aries.  Planets don’t actually move backwards, but because in astrology we look at the movement of the planets from car it is not astronomically correct.  Astrology places the human being at the center of the universe and analyzes planetary motion from that perspective.

When a planet is preparing to change direction it slows down, just as a car must slow down before it makes a U-turn.  At a certain point it is said to be “stationary”, and it is most stationary on the day that it changes direction, which in Pluto’s case is today.

Pluto, despite its small size, is dramatically powerful in astrological terms and it’s easy to become afraid of its usually intense effects.  But if we take a longer view of the planetary influence Pluto doesn’t have to be frightening.  Pluto seeks nothing less than total transformation and the elimination of anything that is no longer serving us, and the changes that occur under Pluto events, even though they may be very difficult, always change us for the better.  It was Pluto who wrote the old adage, “That which doesn’t kill us makes us stronger.”

When Pluto is powerful in our life, either in our natal chart or when Pluto is affecting one of the planets in our chart by transit, we have lost control.  There is no solution but to let go.  I always tell the story (and forgive me if you’ve heard this one before) of the first time I went tubing when I lived in Colorado.  The guide said to keep all of your limbs inside the tube and let the water carry you, but I was too frightened so I kept trying to reach out for the rocks, trying to slow down my travels, which resulted in the tube being smashed against the rocks.  When I finally did let go, the tube was able to travel the path of least resistance through the water and I had a glorious ride.

But Pluto also requires that we become empowered.  It’s not enough just to let go if we allow ourselves to be weakened.  Pluto often pits us in circumstances where we must fight – for our money, for our job, for our family, for our life sometimes. There are often power struggles and battles for dominance.  We can’t control the circumstances, but we can control our choices and how we will react to those circumstances.  Pluto asks, where in your life have you allowed yourself to be diminished?  What in your life isn’t working for you?

Pluto also can bring out our compulsive and hidden behaviors, and dredge up old memories to be processed and released.  Unlike Chiron, which reveals the actual emotional experience, Pluto sometimes goes into the depth of the soul and forces us to confront the original source.  Repressed memories, sexual compulsions – during Pluto cycles we may find ourselves facing a dark side of ourselves that we prefer to keep safely in the basement.  Pluto demands nothing less than the absolute Truth.

When Pluto entered Capricorn last year it was a bit of a psychic shock after the glee of the Sagittarius cycle (1995-2008).  It has taken a while for the general population to get used to this new and more contracted experience, but gradually we are starting to see an adjustment.  The retrograde passage of Pluto will slow down this adjustment as Pluto completes its work through the early degrees of Capricorn.  Capricorn is the reality check – which structures in our life are solid, and which are based on whimsy?  Anything built on shifting sands will not survive the Pluto in Capricorn period.

Venus is tightly involved with Pluto this year as well as she squares Pluto three times during the retrograde cycles of both planets.  Venus presides over the way we relate to others as well as our personal values and how well we value ourselves.  Over the past few weeks since Venus began her retrograde cycle I’ve been seeing more clients dealing with relationship issues.  Some have been avoiding relationships – others have marriages that have been failing for years and need resuscitation.  Relationships are a critical part of our spiritual growth – they are often the crucible in which our spiritual evolution is processed. In the mirror of the Other, we see ourselves more clearly.  This kind of soul work does not require a husband or a wife; the intimate interaction between souls can occur between any humans on any level.

Venus made the first square to Pluto in early February at 2 degrees Aries/Capricorn.  The second square to Pluto occurred yesterday (Friday) at 3 degrees, and the final square in the cycle will take place in early May at 3 degrees.  There’s no question that this Venus/Pluto cycle will challenge relationships, but there is a purpose behind the challenge – anything that is not working in our relationships will be brought to the forefront.  There are likely to be power struggles, and the need to accept that which is behind us and that which is lost.

There is also the need to balance the needs of the Self relative to the needs of the Other, and this will be highlighted at the Full Moon in Libra on April 9th.  Over the next week this need for balance will become more obvious as we enter the shadow of the Full Moon.  It’s a delicate balancing act, but one worth mastering as we work with the shamanic process of Pluto to strengthen and empower our souls as they learn the dance of partnership.