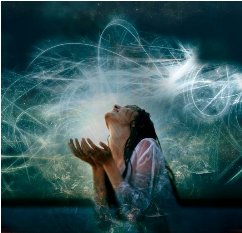 This was the topic of yesterday’s radio show, which you can listen to here if you like.

Uranus is the planet of autonomy and individuality – the planet that urges us to live as authentic a life as possible.  Pisces is the sign that represents the completion of a spiritual cycle.  Pisces is symbolized by two fish swimming in opposite directions, connected by a cord that represents the higher and lower selves – the struggle to live in a material world as a spiritual being.

Uranus first entered Pisces in March of 2003 and moved into Aries for just one degree from May until August, entering the fray of the Cardinal Drama.  Now with Uranus having left the cardinal signs for the more mutable Pisces, the intensity of the Cardinal Drama will begin to subside and we will be left to pick up the pieces as we seek to find more balance and integration between the individual Self and our spiritual world.

Uranus and Neptune are in what we call “mutual reception” now – Uranus is in Pisces, ruled by Neptune, and Neptune is in Aquarius, ruled by Uranus.  This links the Uranus/Aquarius principle to the Neptune/Pisces principle in a more powerful way.  Here are some of the phenomena we have seen since Uranus entered Pisces in 2003 beginning this “mutual reception” realignment:

How we are affected personally by the retrograde passage of Uranus back into Pisces depends primarily on how our personal chart is affected.  If we are on a spiritual path, we will likely be faced with a dilemma or confrontation between the needs of the individual Self versus the needs of the spiritual realm.  For some of us that will necessitate engaging more completely with a spiritual practice.  For some of us it will be important to find a greater sense of Self in the midst of a blossoming spiritual experience.

Under Uranus in Pisces, we are called to find our own individual experience and authentic expression (Uranus) while exploring the realms of a deeper spiritual connection to the Divine.  This necessitates finding a balance within our own sense of Self that can deepen our connection to the Source that we find within.

Uranus is the revolutionary, and under its influence the status quo is not enough.  We may find that we need to make deep changes in the way we see the world, or in the ways that we express ourselves creatively and spiritually.

Uranus will move completely into Aries in March of 2011 and the world of Spirit will take a back seat until Neptune enters its own sign of Pisces in 2012.  Uranus is the Awakener, and under its influence the doorways of perception are opened wide.  So let’s utilize this time to find new ways of opening up our understanding and awareness to the Source within us that guides all things and grants us the gifts of love and beauty.