Uranus/Pluto and the power behind the revolution

Uranus/Pluto and the power behind the revolution 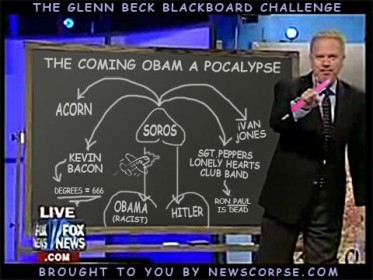 As you may know, the revolutionary fever spreading through the middle east is not isolated to the Arab world.  In Wisconsin, protests against anti-union measures by the governor there have mobilized tens of thousands of government employees and students since February 15th.

These protests are just the beginning of what will become a firestorm of political resistance over the next year as Uranus, planet of revolution, squares off against Pluto, planet of power and control.  They were inspired by the return of Jupiter into Aries and the simultaneously square of Jupiter to Pluto in Capricorn, which mainlined confidence (Jupiter) and courage (Aries) into the souls of individuals who were fed up with the control (Pluto) of autocratic governments (Capricorn).

The face-off between Jupiter and Pluto is just above over now, but when Uranus enters Aries in a few weeks it will take Jupiter’s place in the battle against autocracy, and Uranus is a much stronger player in this game.  Uranus is at the 29th degree of Pisces now, so its influence is already filtering through.

Astrology gives us a window into the real meaning of personal and world events.  It cannot predict specific events, because (in the opinion of this astrologer) events are not predestined.  We make choices as individuals, as communities, as nations, that can alter the course of history.  But astrology does provide us with a climate report that alerts us to the energies with which we will be dealing over the next few years, and they are not pretty.

Political analysts can see the handwriting on the wall, even though they don’t understand the energetic dynamic that underlie the events.  One analyst writes that the protests in Wisconsin were inspired by the revolt in the Arab world.  There is some truth to this, because a small fire in a forest can ignite a very big flame, but the conditions must be right for the flame to ignite, and this is what is happening here.

The protests in Wisconsin arose after Republican governor Scott Walker proposed a bill that would remove most collective bargaining rights for state workers.  Astrologically, social justice and equality are the province of Uranus, and Uranus moving into Aries will be more aggressive in demanding individual rights as well as the right to collectively seek these rights.  Pluto’s trip through Capricorn, which began in 2008 and preciptated the economic (Capricorn) crisis (Pluto), is also having the effect of consolidating power (Pluto) in corporations and government entities (Capricorn).  You can see how the goals of Uranus in Aries and Pluto in Capricorn are at odds with each other, and where this will lead to trouble.

An article in the New York Times (thanks Jill for the link)  reports that one of the groups encouraging Governor Walker to shut down the unions is the conservative lobbying group Americans for Prosperity, a nonprofit group that was created and largely financed by the Koch brothers, the billionaire brothers who own Koch Industries, an energy conglomerate.  The Koch brothers have become a major player in the American political field, with secret (Pluto) tentacles of support behind a wide variety of tea party and other grassroots organizations that appear to be fighting for liberty and freedom (Uranus) for all Americans.  These are buzzwords that appeal to the American pursuit of happiness and all that, but are actually geared towards consolidating power (Pluto) and money (Capricorn) into the hands of a monied few.

Using these effective buzzwords, Americans allow themselves to be convinced to vote against their economic self interest over and over again. The consolidation of money and the power that comes with it is expected under Pluto in Capricorn, but Pluto can destroy as well as consolidate.  The square from Uranus which will be affecting us over the next three years has the potential to wake up she sheeple to fight (Aries) for their individual rights (Uranus).  But as with everything else in life, we have the choice to wake up when the alarm sounds, or to remain asleep. (Click the link below to view the entire image.)